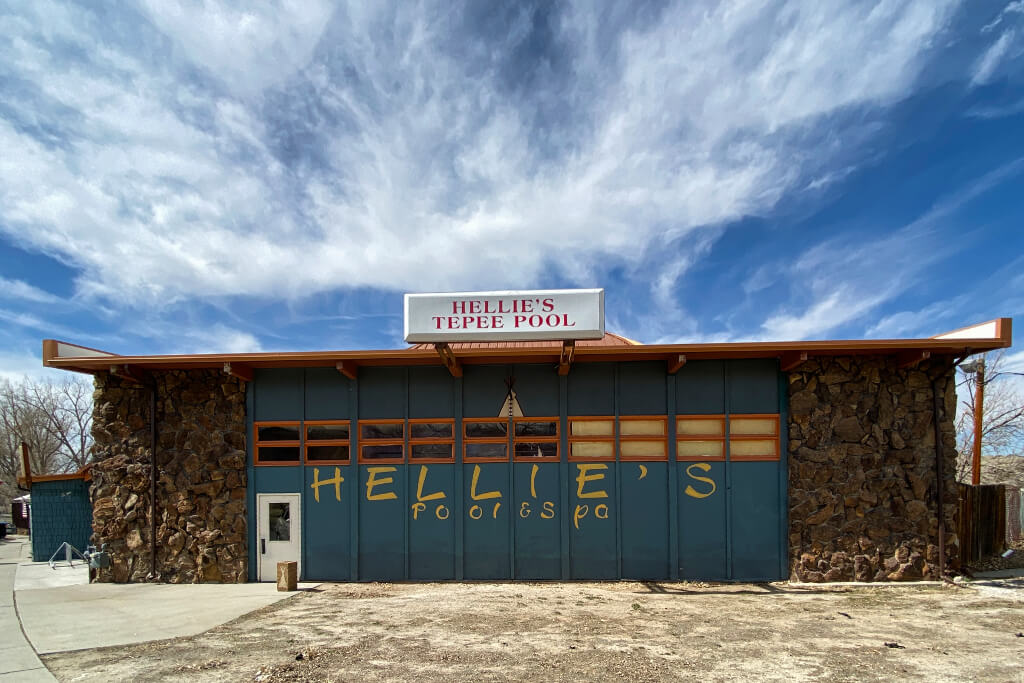 I love to spend all day long doing nothing special other than soaking and lying down.

It must be better if there is good geothermal water.

Such place is in the State of Wyoming.

In the Hot Springs State Park, you will find herds of the American bison, commonly known as buffalos.

The number of buffalos in North America before the Westerner's settlement are estimated 60 million.

A bison was one of major food sources among American Indians, so that it has a history of being aggressively killed in order to integrate Indians into the U.S. administrative system. 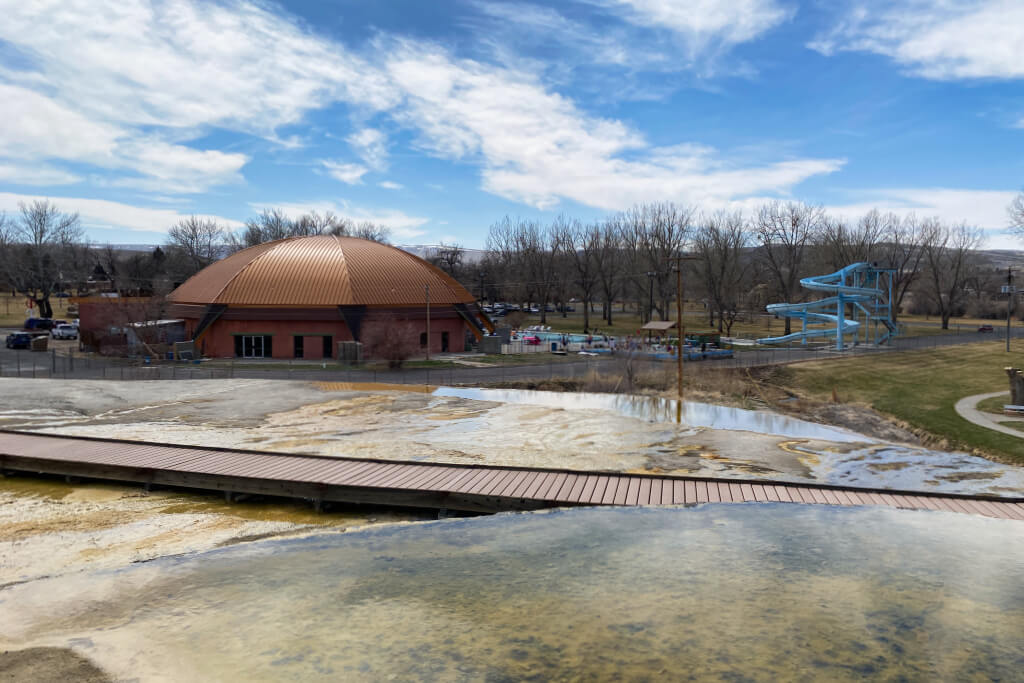 There are three facilities in the park for bathing.

It might be unlikely for a private facility to draw mineral water from the source and operate it in a public park, even if it is not in the United States where environmental administration is very strict. 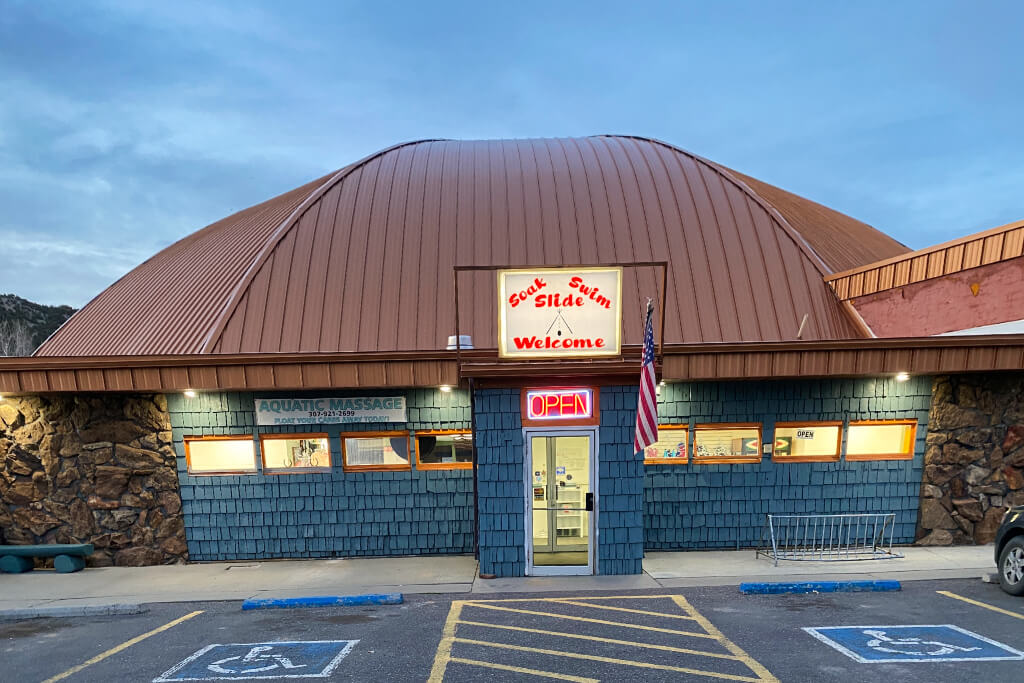 In short this was an act of vested interest, however these facilities are now facing a crisis of survival as the park is being redeveloped. 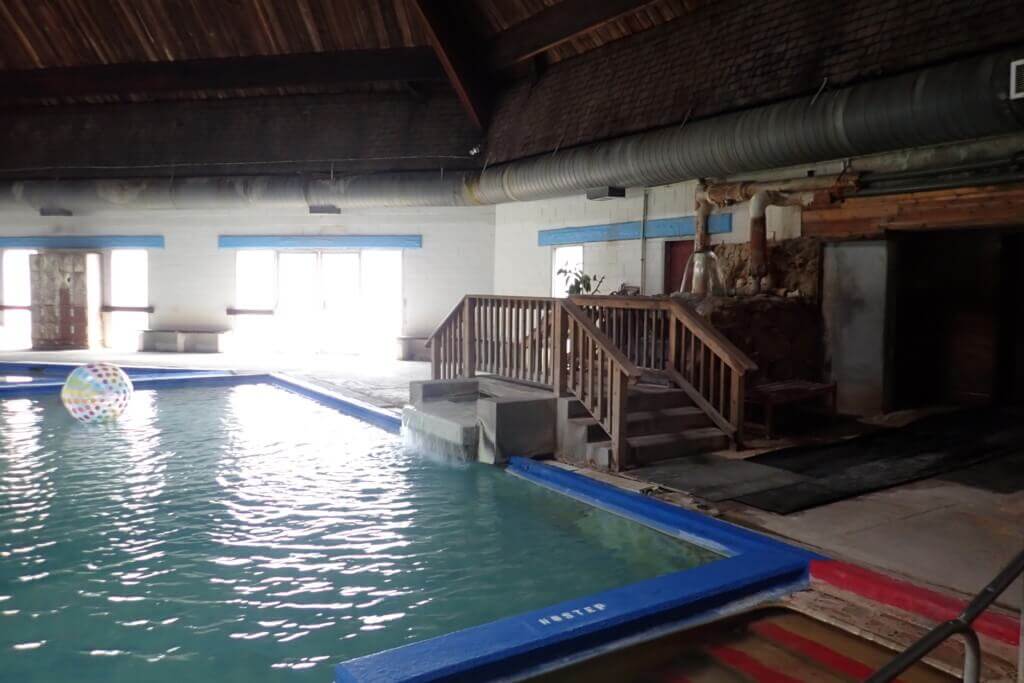 Hellie's Tepee, with its domed roof, is getting old.

I liked the distinctive atmosphere. 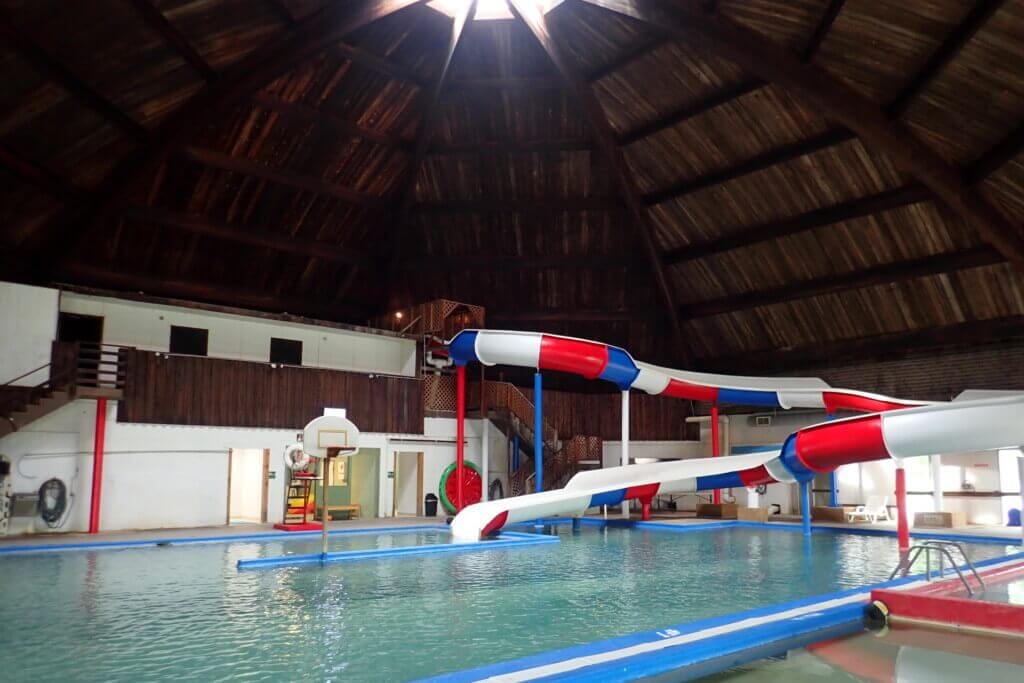 There are large indoor pools under the dome. 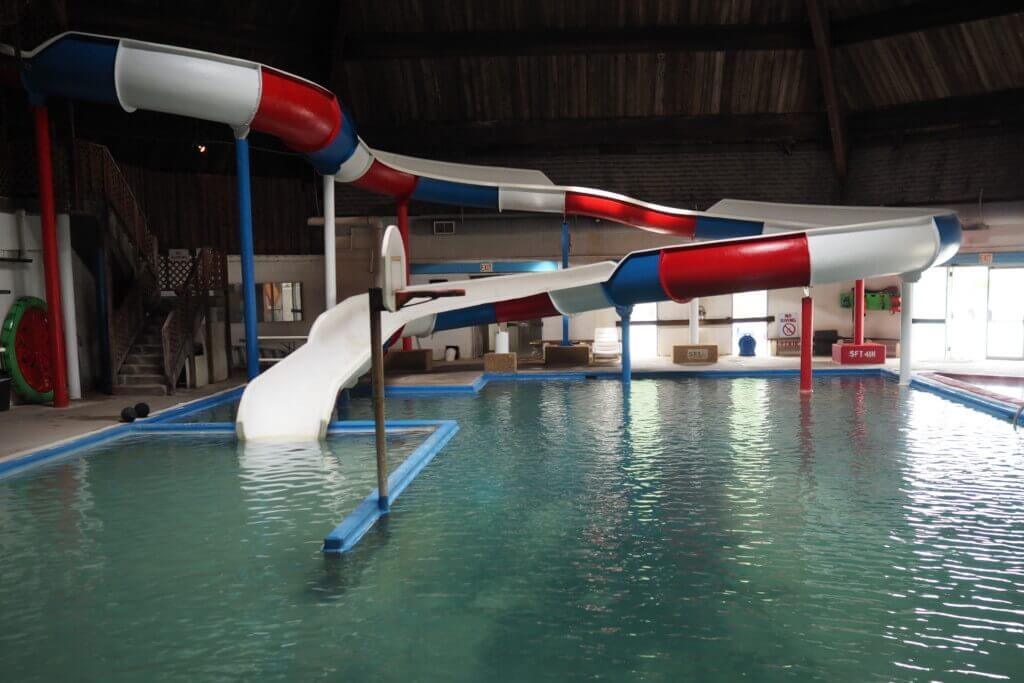 The water slide is for children, but the water comes from the mineral source is authentic, not chlorinated. 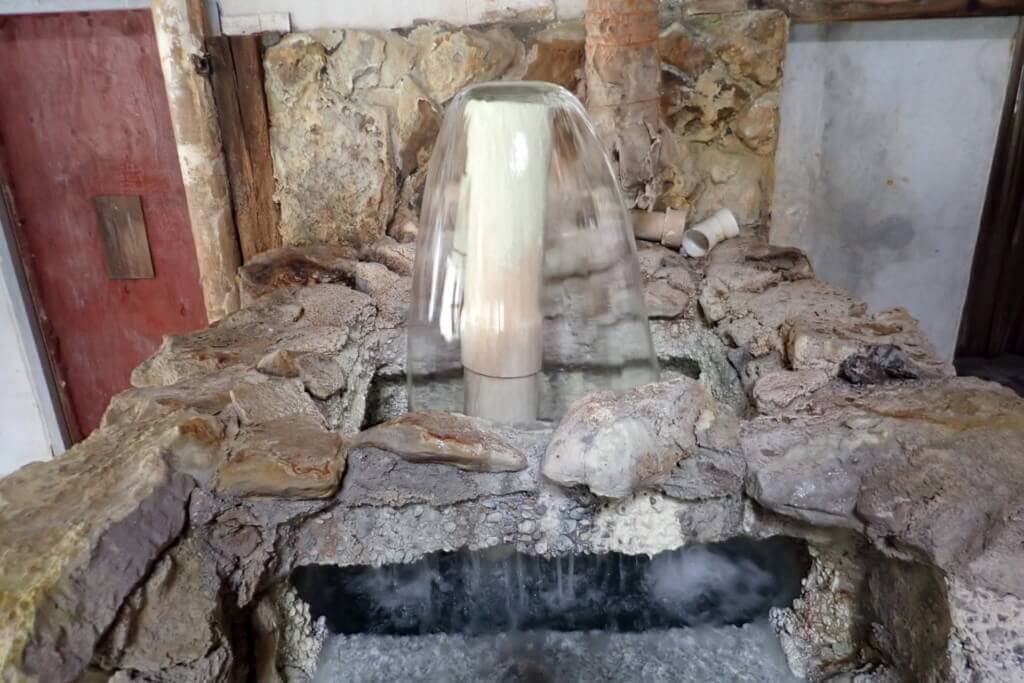 The water temperature of the largest pool was around 95 degrees F.

This smaller pool was around 104 degrees F. 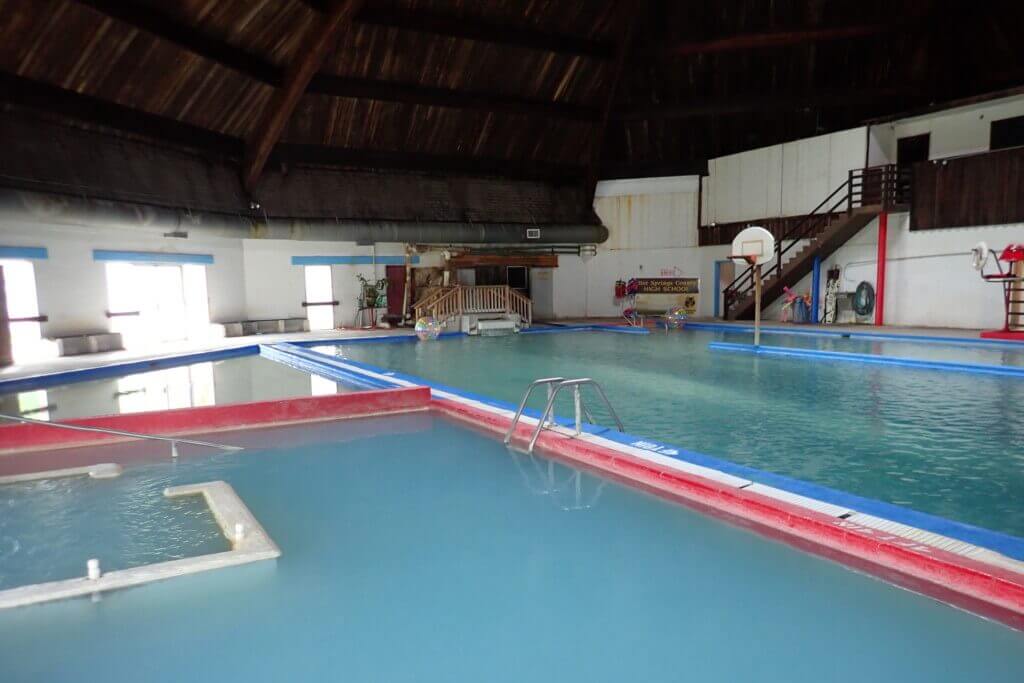 All spa facilities in the Hot Springs State Park use the same thermal water from a source, but the appearance differs depending on the condition. 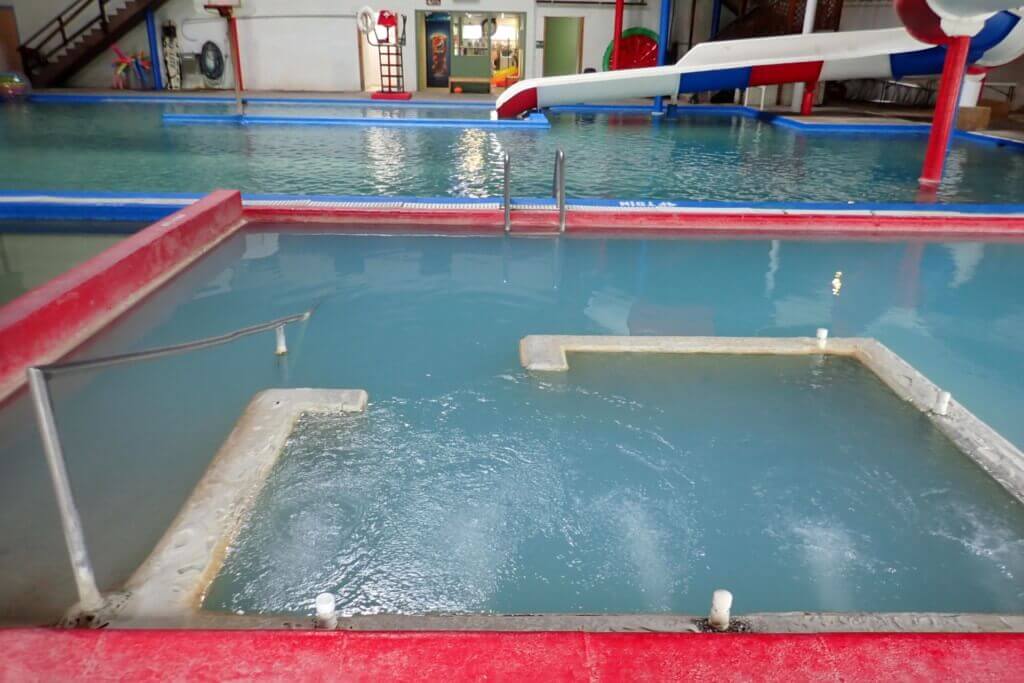 I like the steam bath the best in this facility.

Hot mineral water strongly gushes out to the room, full of smell of volcanic gas. 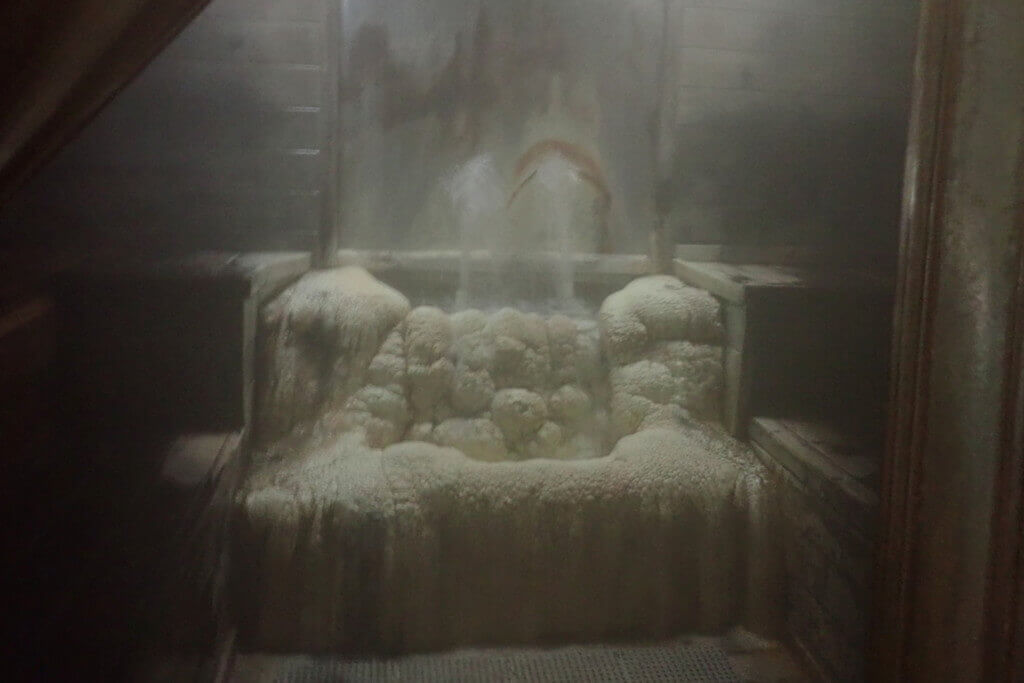 Alpaca
Is this safe?
I don't care. 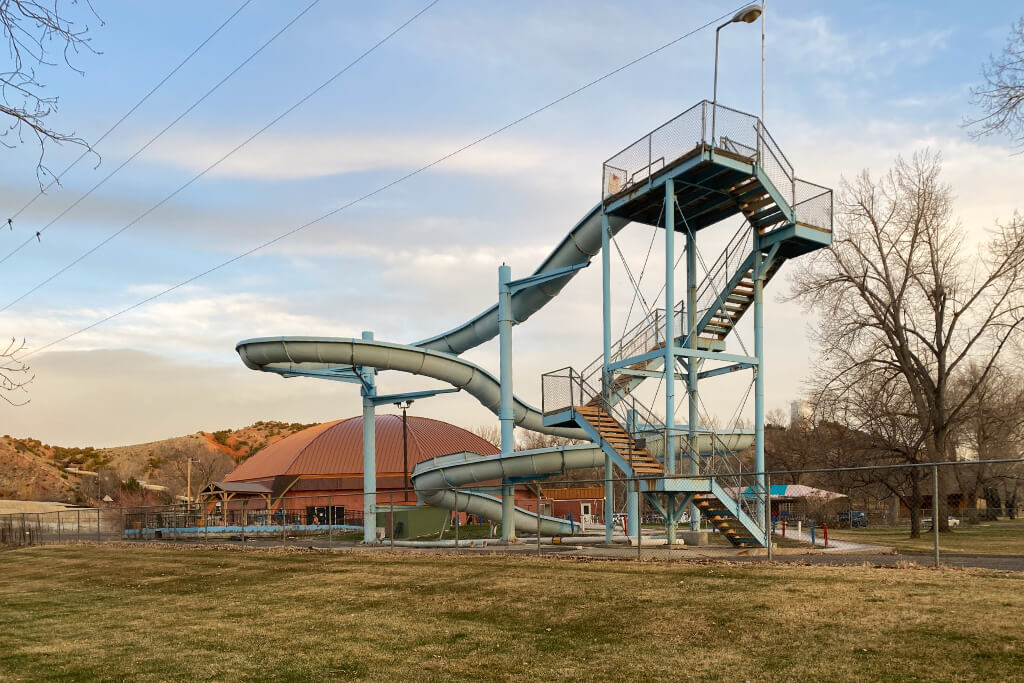 The water temperature in the outside pool was 94 degrees F.

Next to the pool, there were the step-like three hot tubs. 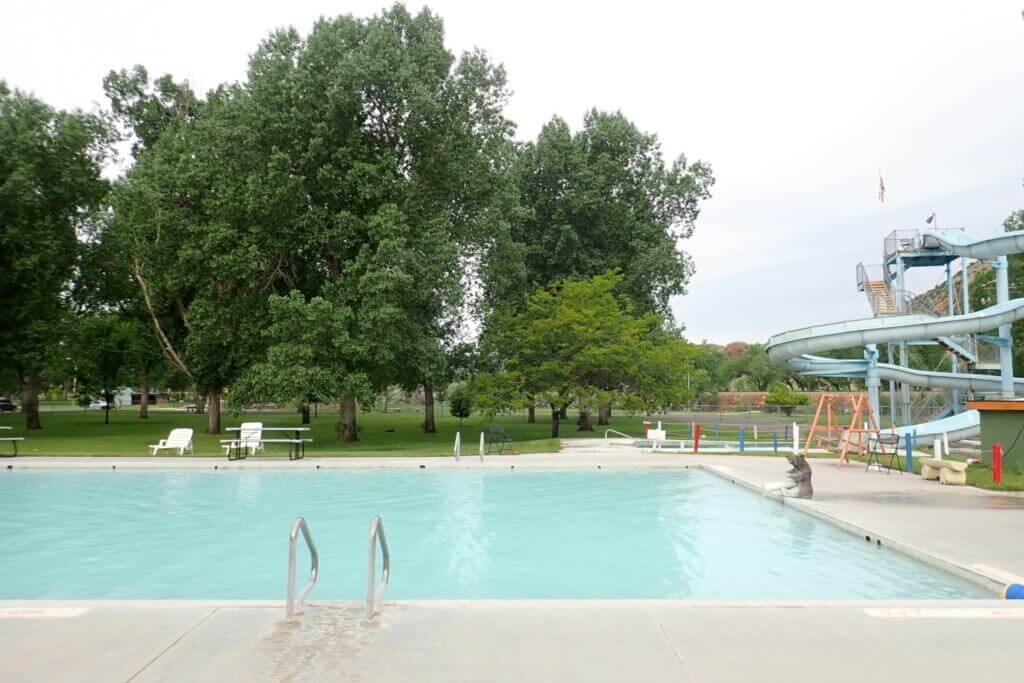 The temperature was around 106 degrees F; suitable for soaking. 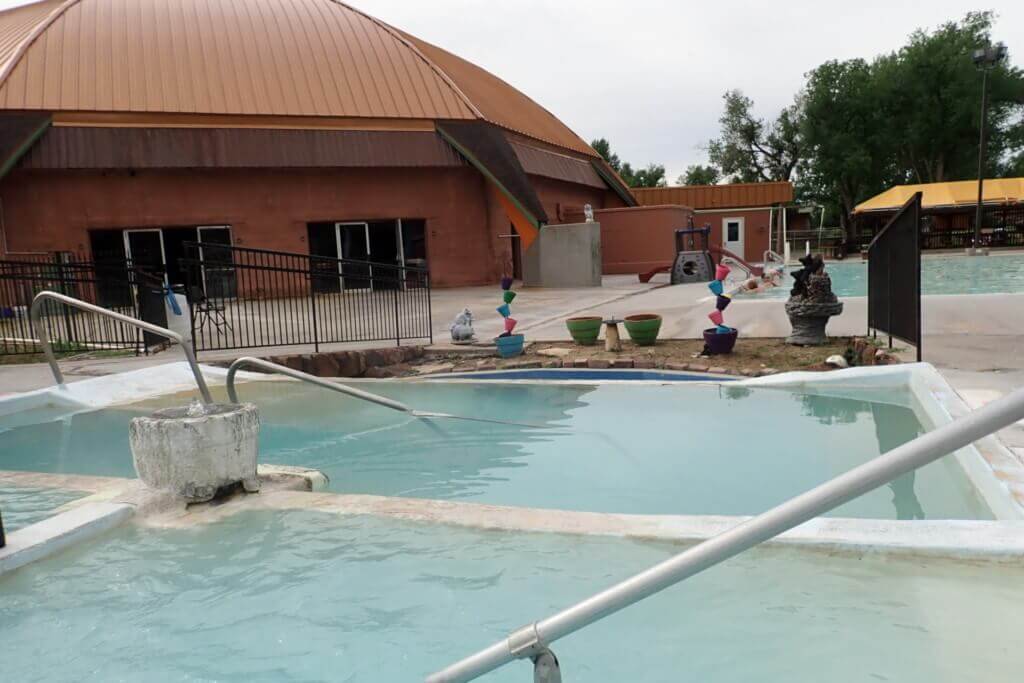 Hot Springs State Park Bathhouse nearby is complimentary, but you have to exit in a 20-minute as a rule.

Only with $12.50, Hellie's allows you to spend all day long, doing nothing special other than soaking and laying down.