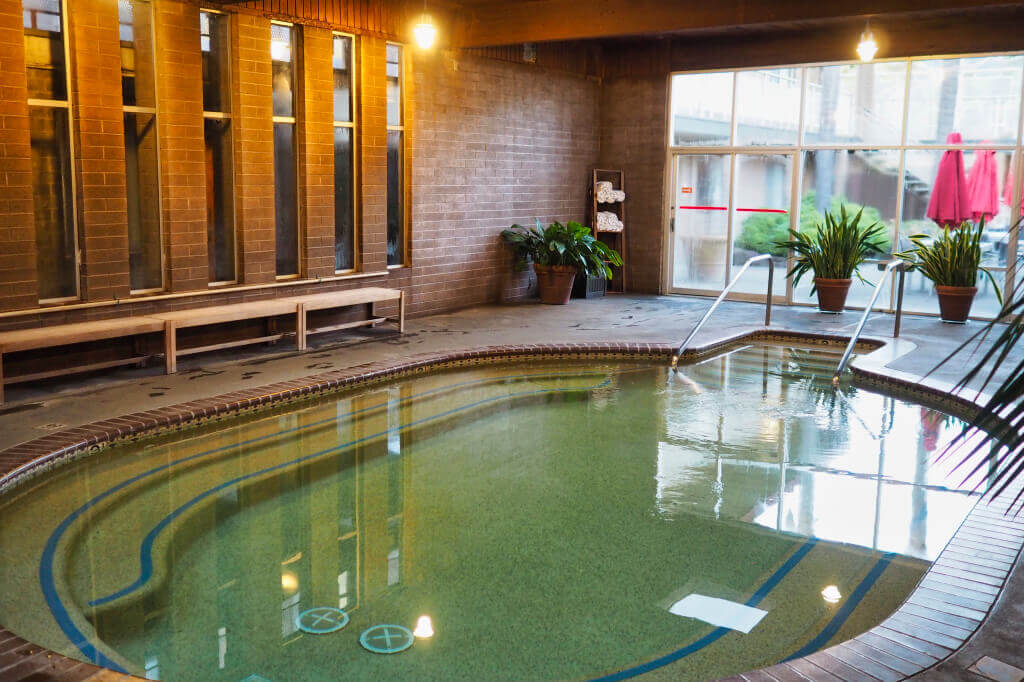 A historic spa inn that is a pioneer in Calistoga, famous for its mud baths.

The owner changed in 2019 and a new history is about to begin.

The building was renovated starting in 2020, so it may look different from what it looks like today.

There are two geysers in the United States named Old Faithful Geyser.

The better known one is in Yellowstone National Park and is probably one of the most famous geysers in the world.

The name Faithful comes from the fact that it has been regularly spewing hydrothermal water since ancient times. 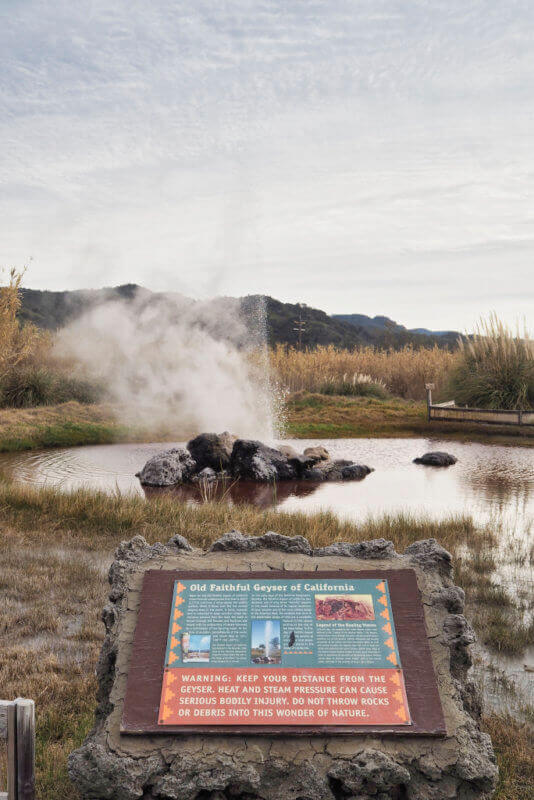 Another lesser known one is located in Calistoga, California.

It is small but faithfully spurts out about every 20 minutes for about 5 minutes. 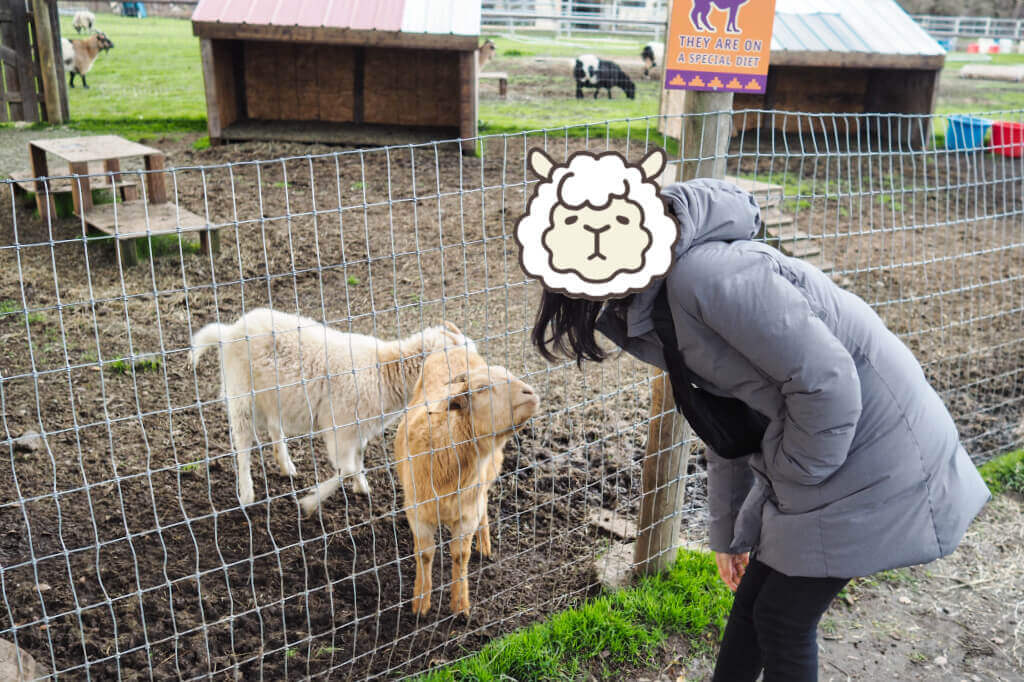 If you are not a hot springs enthusiast, you may not be happy to pay the $15.00 admission fee just for this, but check Groupon for any discounts

The doctor who made history

Five minutes drive from the geyser, in the charming downtown Calistoga, I noticed an antiquated railroad car. 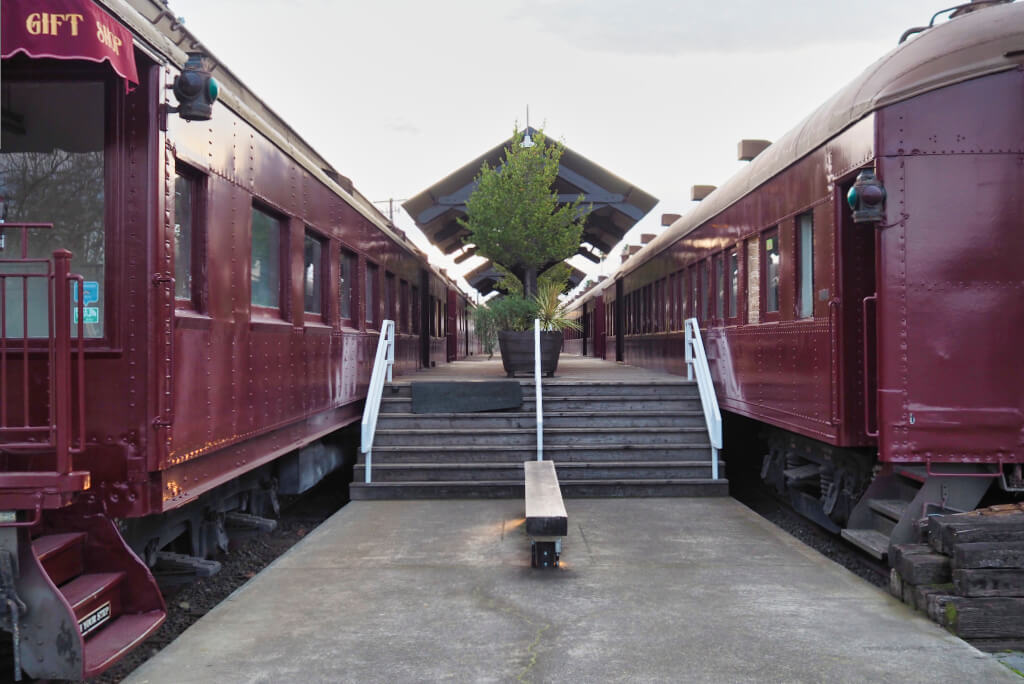 Opened in 1868, Calistoga Station is the second oldest existing station building in California.

Although the railroad was abandoned, the station, along with its trains, was developed as a commercial facility. 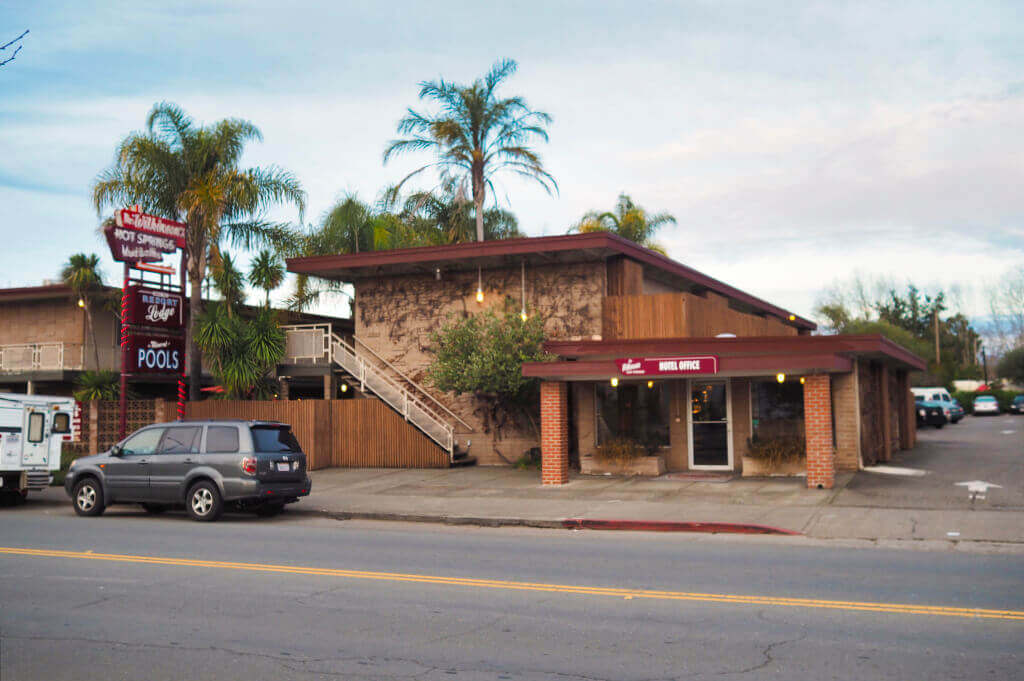 Across the street, on the other side of the station, was an inconspicuous hotel.

This is actually the birthplace of the mud bath, now one of the main attractions of Napa Valley tourism. 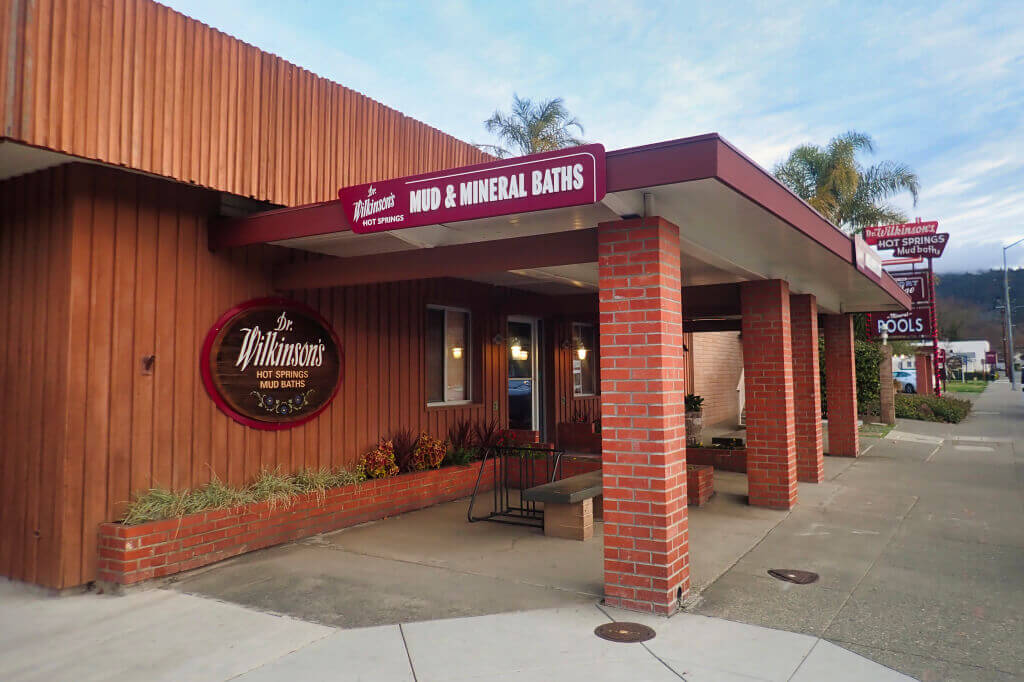 Dr. Wilkinson, who became a chiropractor in 1944, leased what is now the Indian Springs Resort & Spa in Calistoga in 1946. 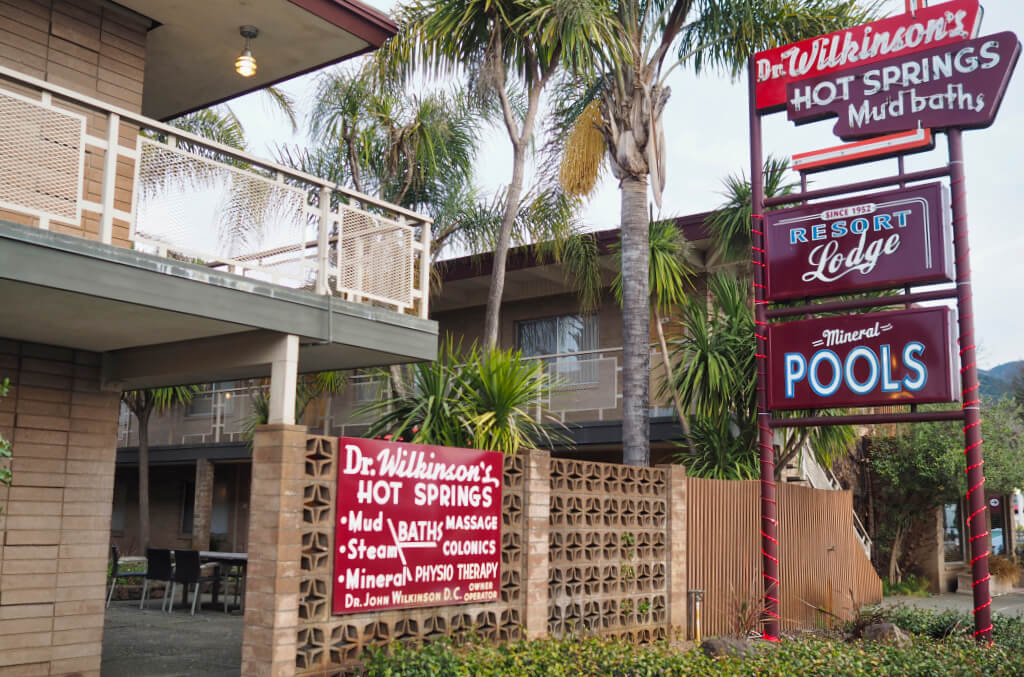 Attracted by the area's hot springs and abundant volcanic ash, he opened this facility in 1952. 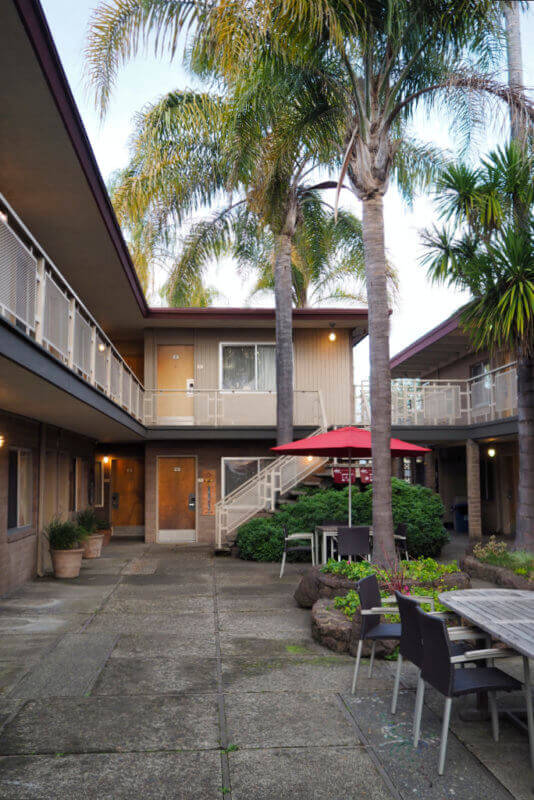 At the time, it offered only mud baths based on its own recipe, but later added lodgings and a bathhouse. 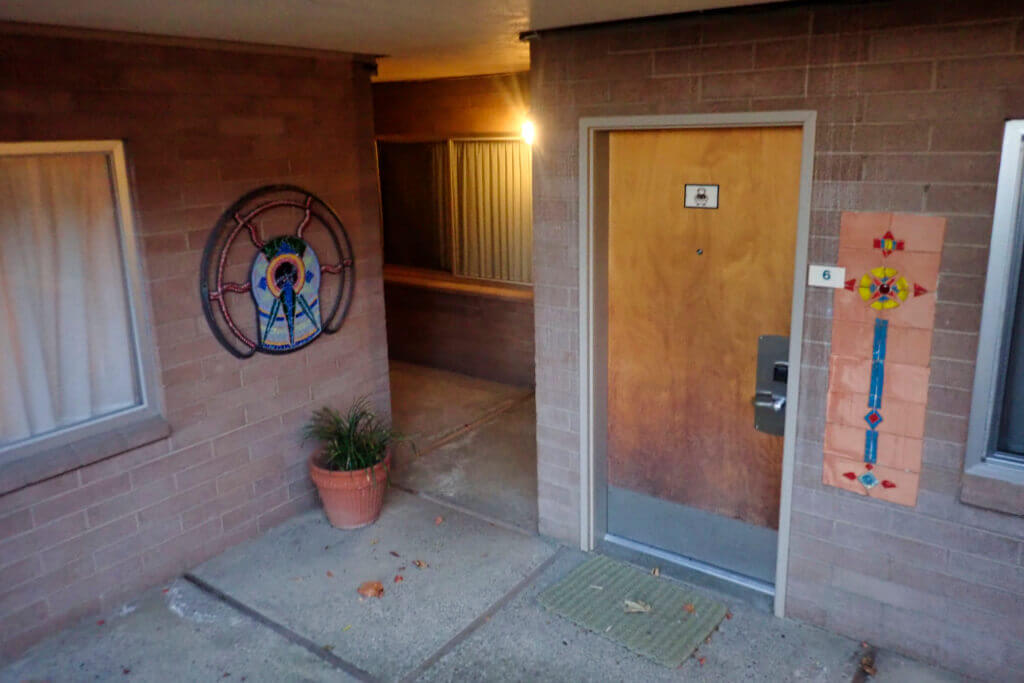 Mud baths have become widely known as a Calistoga specialty and can now be experienced at numerous places in town. 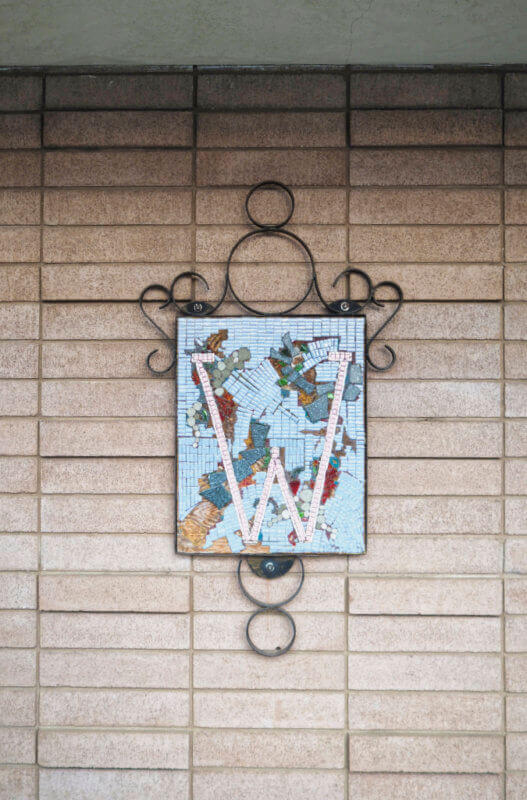 Having experienced the mud baths at Golden Haven, I decided to take a look at the bathhouse here. 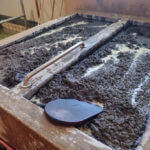 Calistoga is a nearby spa town in the Bay Area. Even in this resort area, where many facilities are a bit lacking for hot springs enthusiasts, there are places where you can enjoy authentic hot springs! 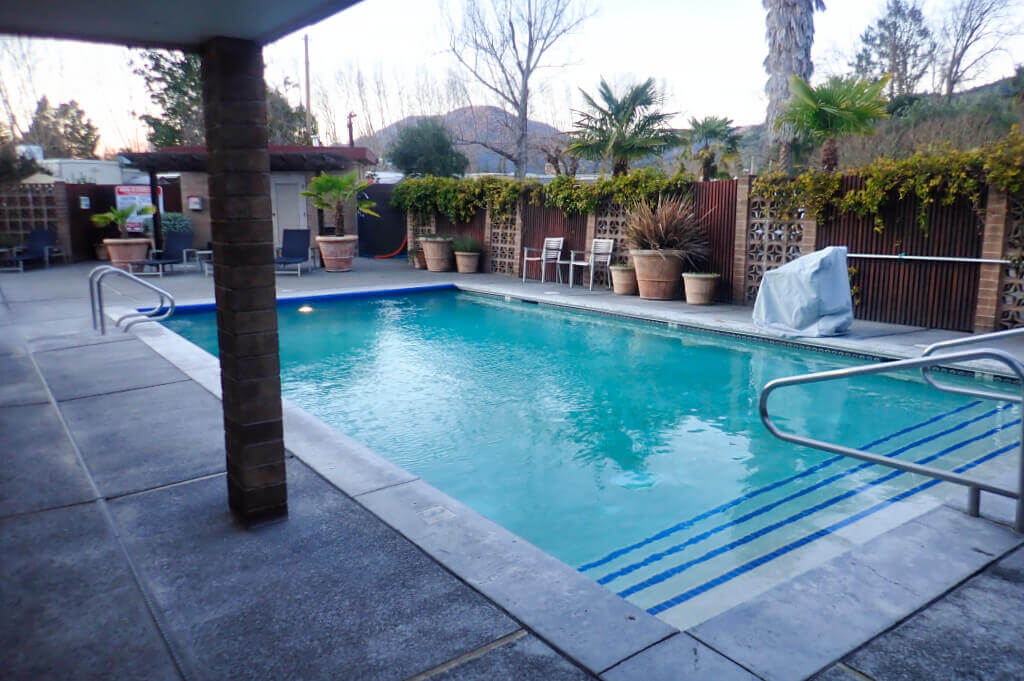 Behind the building were two outdoor pools. 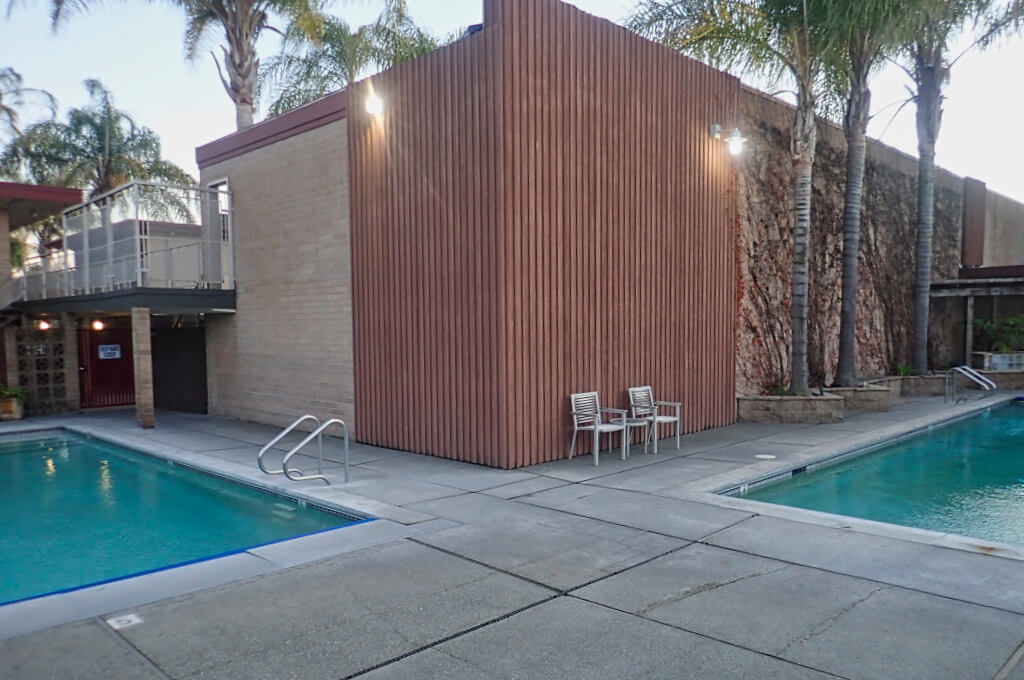 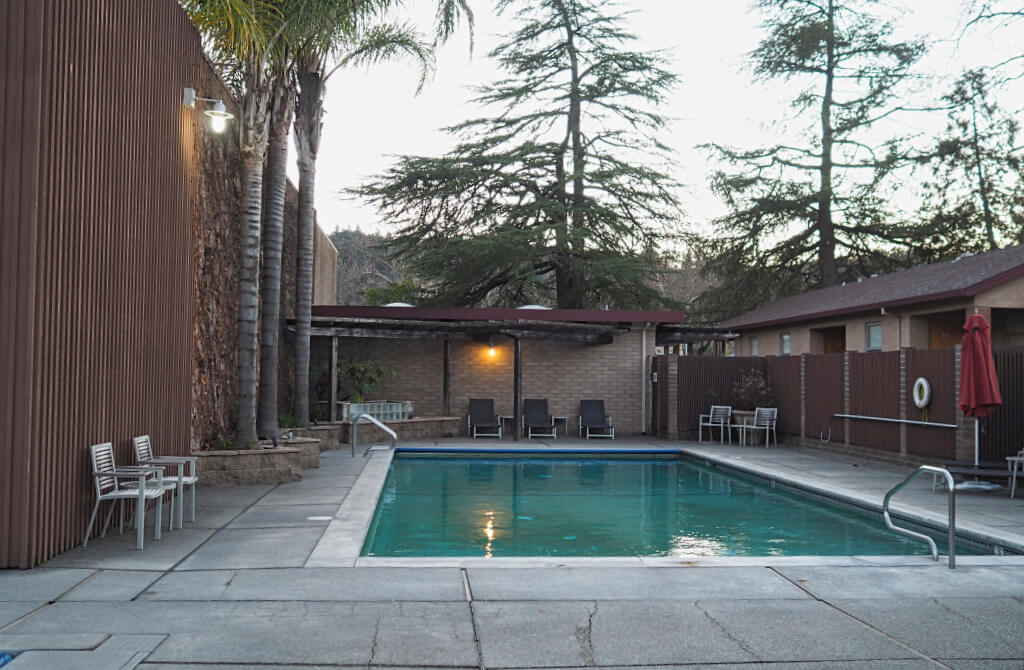 It did not feel much like a hot spring.

If you want to warm up, the indoor bath is recommended. 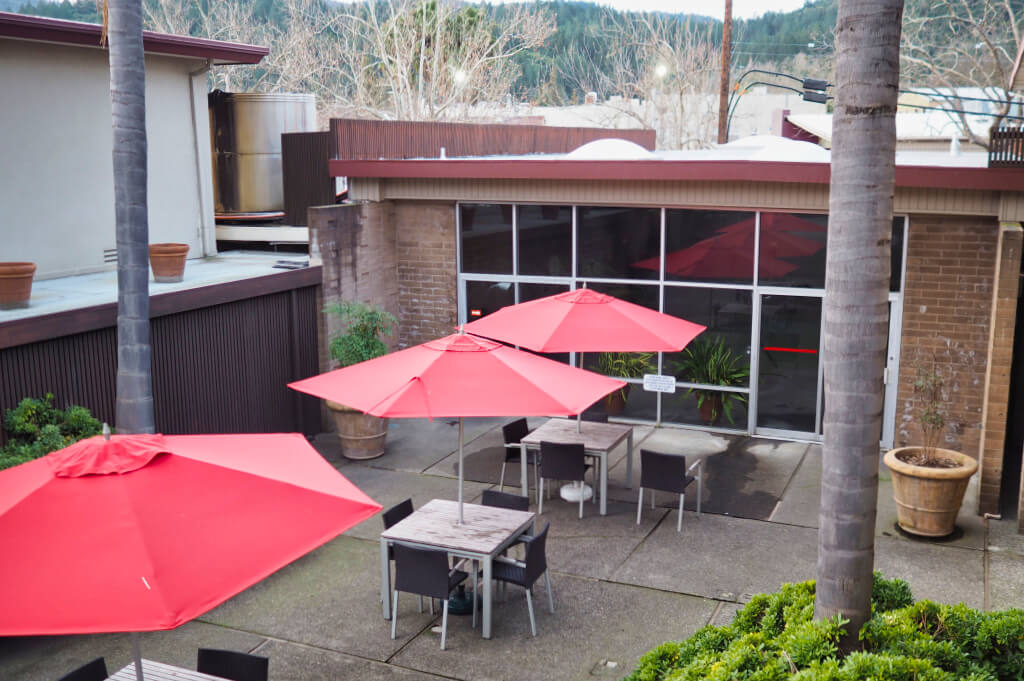 Stepping into the indoor bath after pulling back the steam-fogged glass door, my mood was lifted, even though clothing was required. 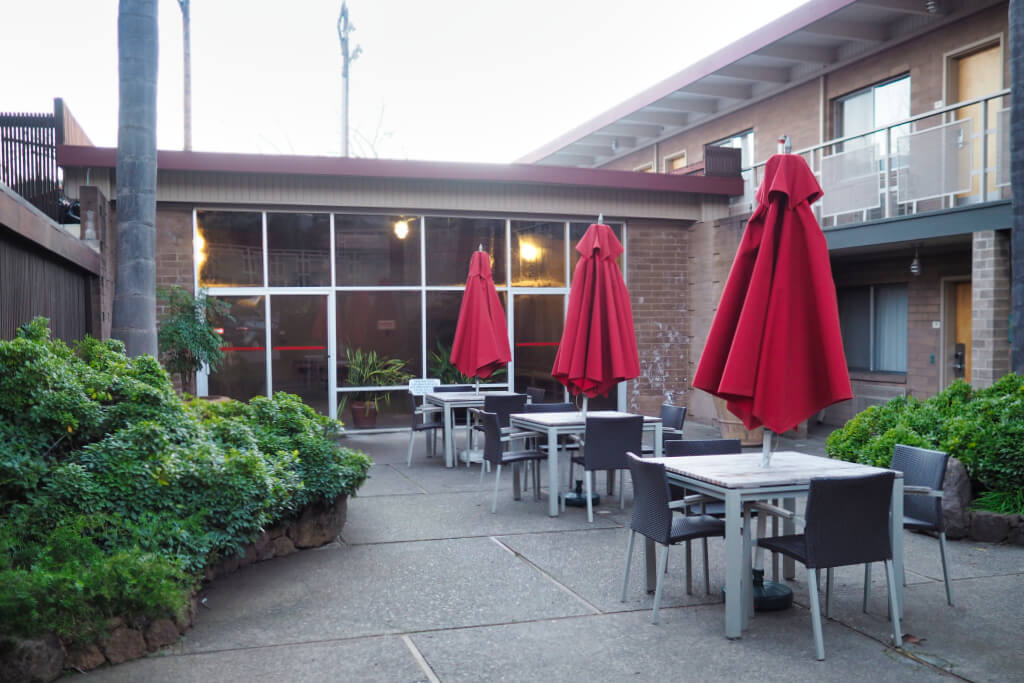 The smell of chlorine, which was not so strong, was still noticeable to the nose.

Capybara
I can't hope for a pool in Calistoga that's free-flowing.
It's just a tourist attraction. 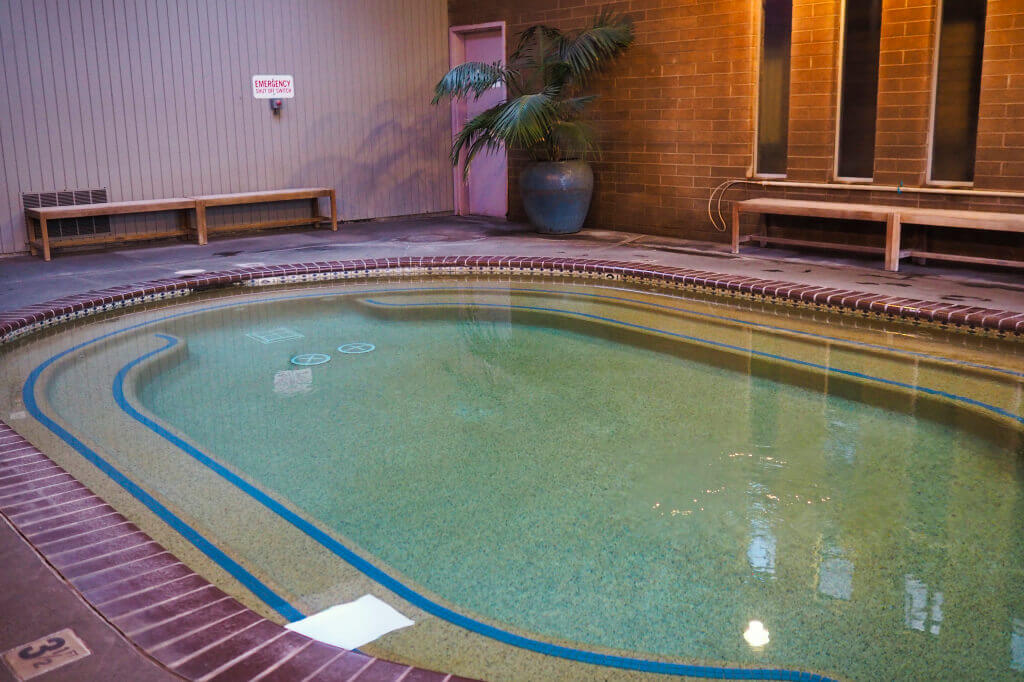 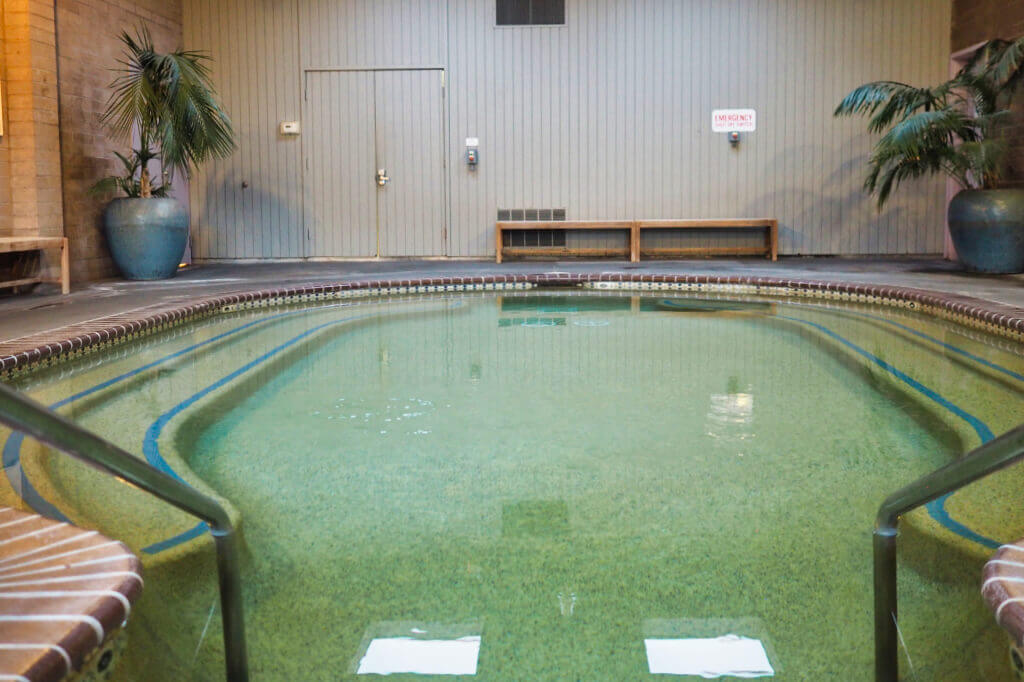 The inn, operated by the Wilkinson family for over 60 years, was sold to a San Francisco resort company in 2019.

I was told that it underwent a major renovation in 2020 with a more contemporary arrangement. 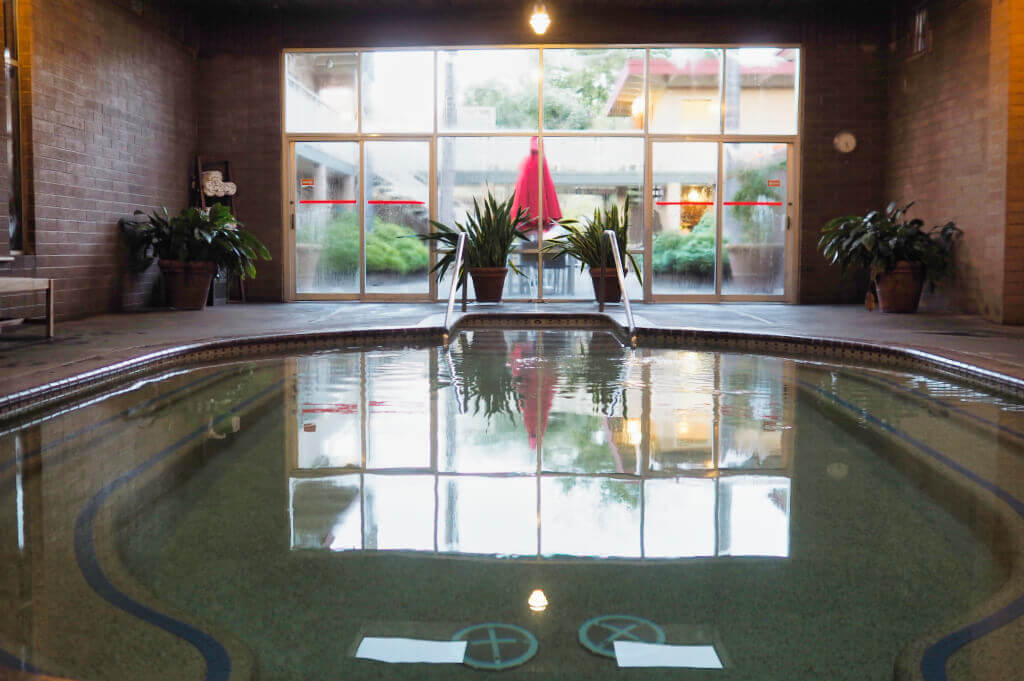 I hope that this place will continue to drive Calistoga's history. 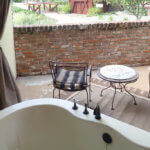 If you are interested in an elegant a holiday, what about a winery tour in California? People can enjoy even dipping in a hot tub at Paso Robles. 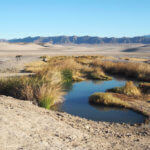 As I was wandering in the desert, an old man in a bathrobe left me. Now it was time to start following him! 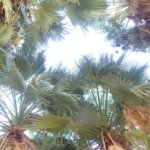 After two and a half-hour drive east from San Diego, I came upon a picturesque oasis of palm trees in the dry Imperial Valley. The water that was gushing there unbeknownst to people was a warm spring. 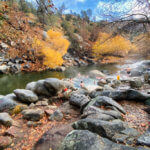 It is a three-hour drive from L.A., and conveniently located near the parking lot. Even so, the water temp is hot enough and there are many spots where you can soak, making it a truly miraculous hot spring.