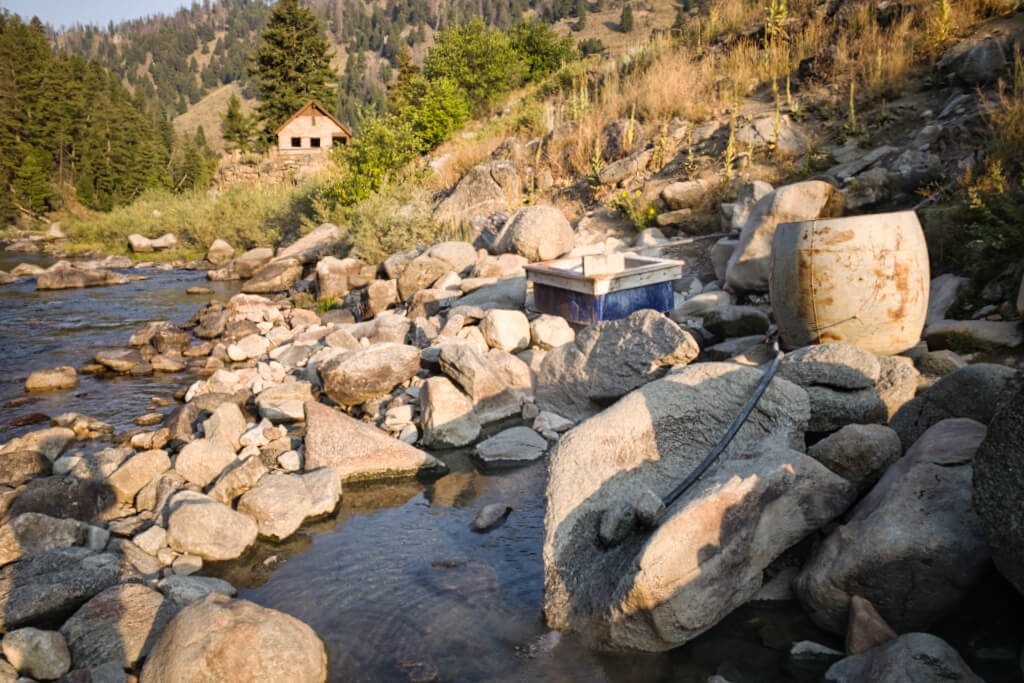 Some hot springs have a history of being developed to overcome unemployment after the Great Depression. 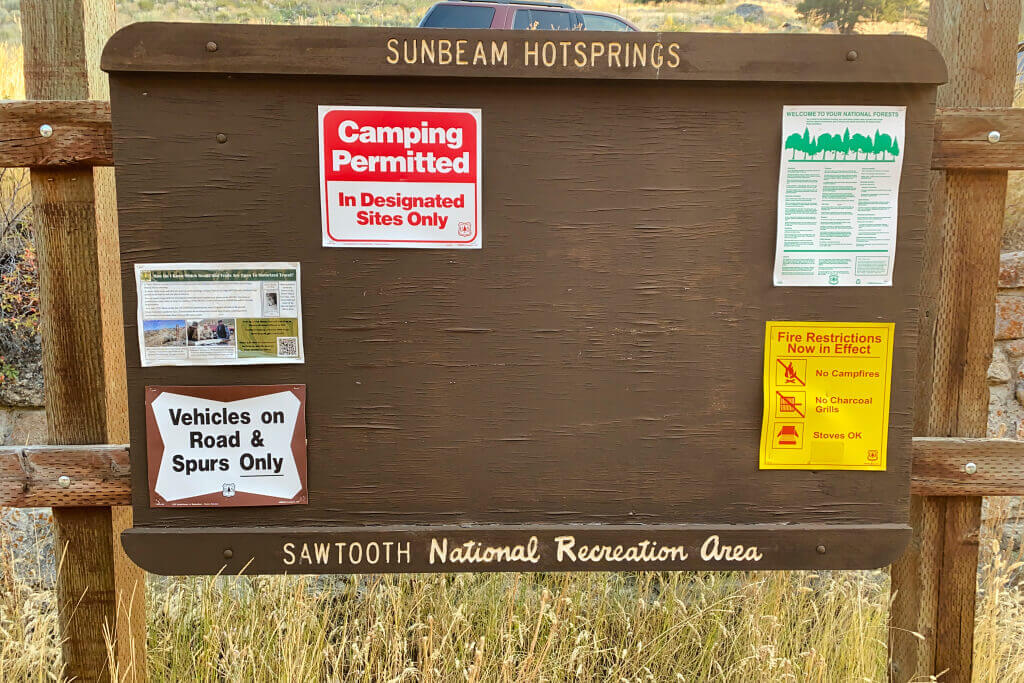 This is because you can clearly see the rising steam.

There is a parking space on the side of the road, so get out of the car. 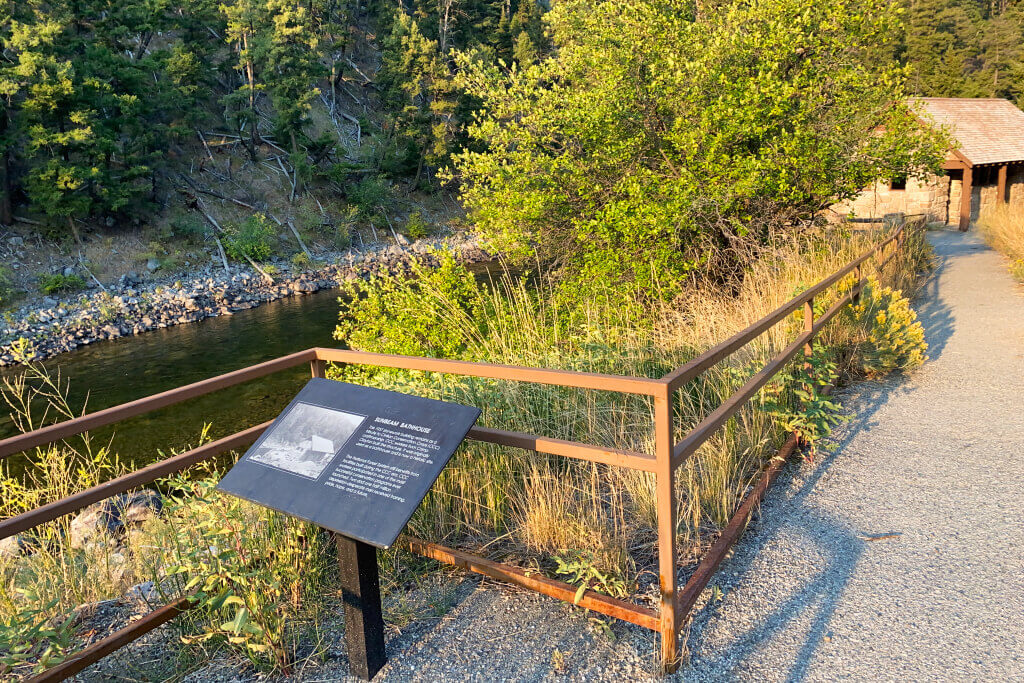 This is part of the Sawtooth National Recreation Area and is well maintained. 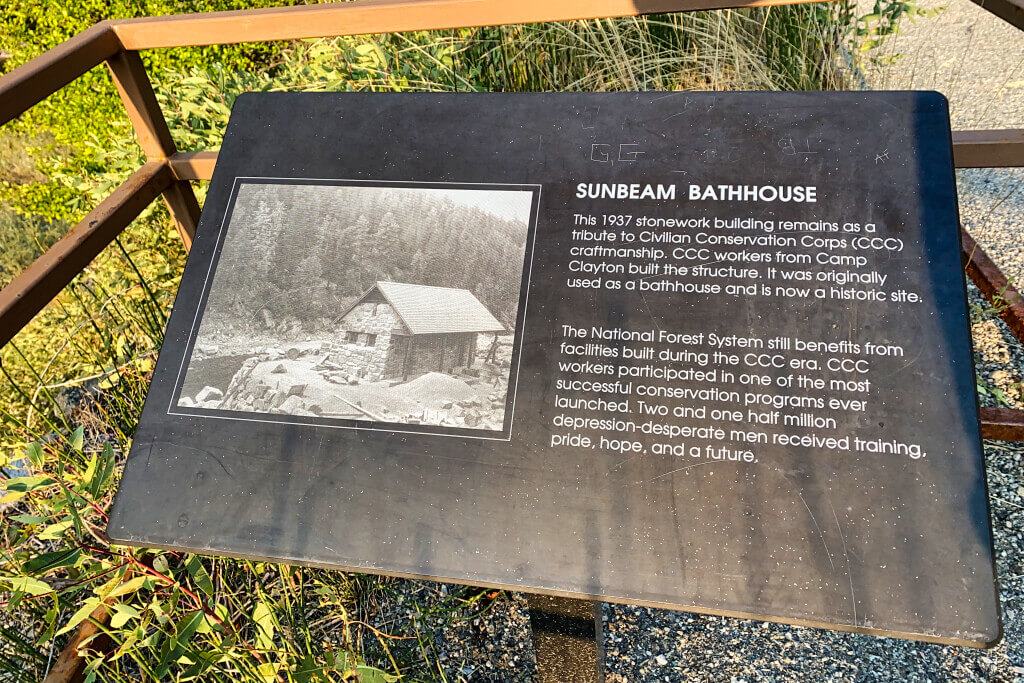 The historic bathhouse, built in 1937, has been preserved (now used only as a changing room).

Sunbeam Hot Springs is one of the places developed by the Civil Conservation Corps. 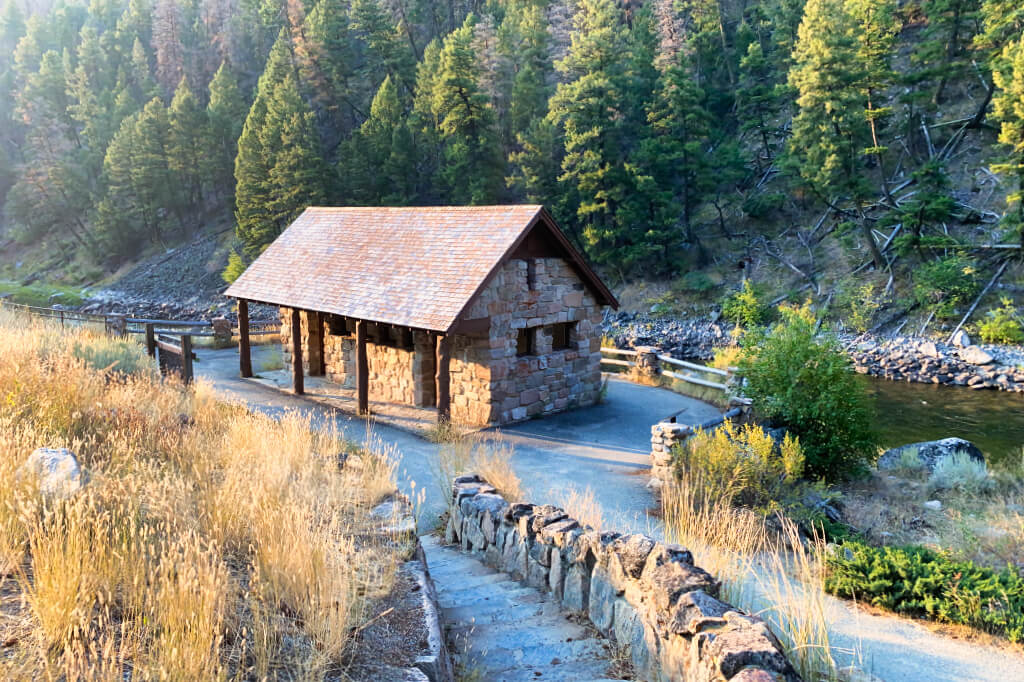 The Civilian Conservation Corps was a program to overcome unemployment in the 1930s as part of the New Deal policies after the Great Depression, which provided job training by engaging young men in camps.

An unexpected aspect of the program could be that it led to the development of some hot springs in remote areas. 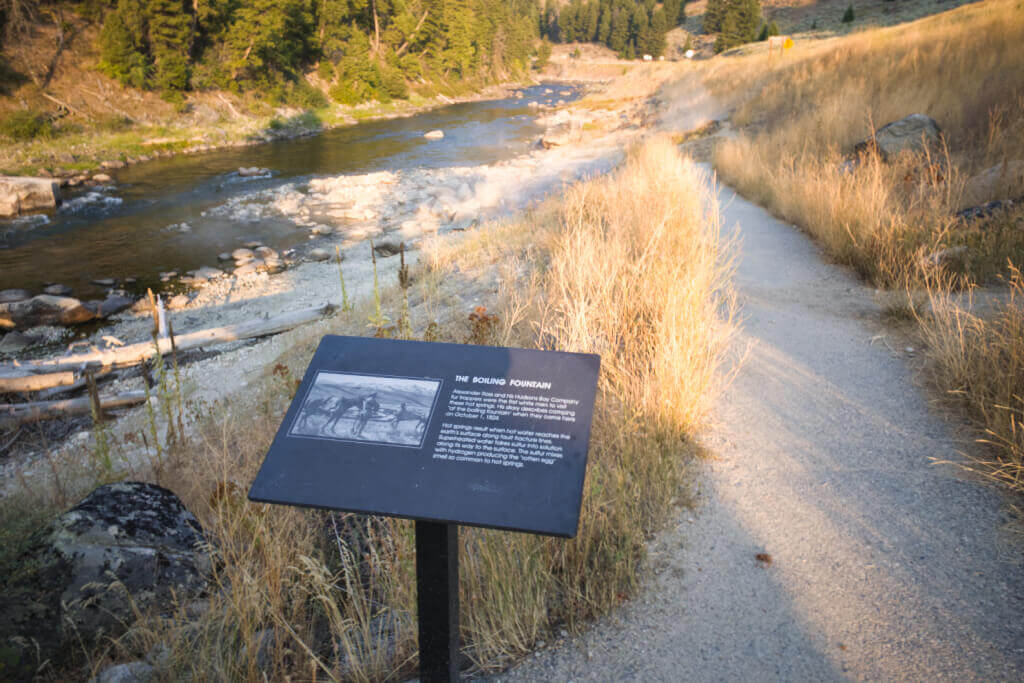 Hot springs can be seen on the east and west sides across the bathhouse. 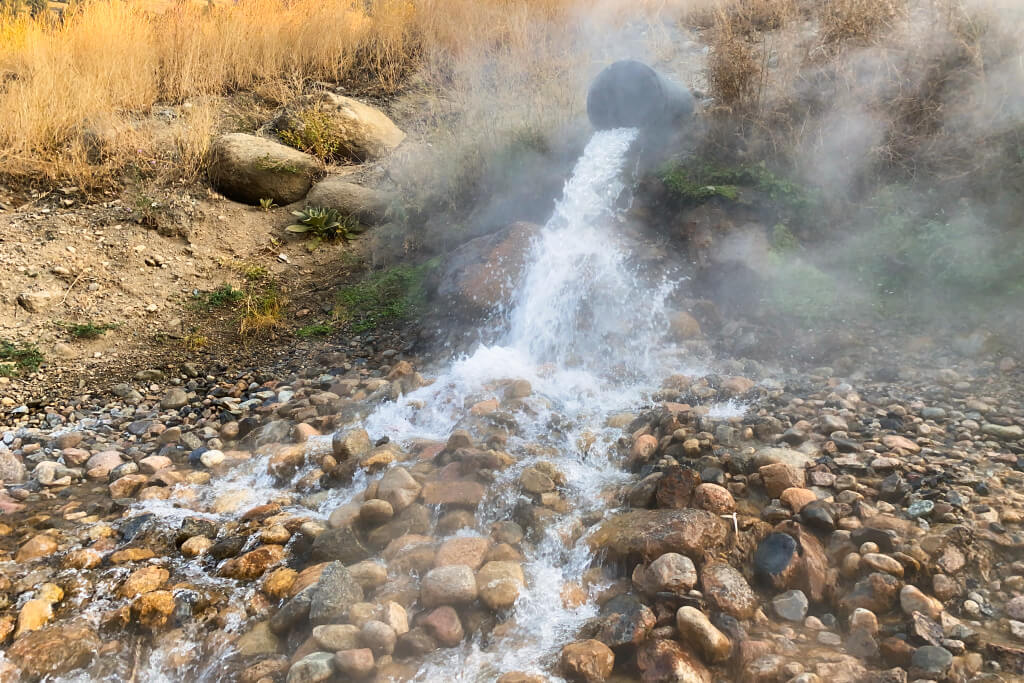 On the west side, hot water was being dumped from a pipe set up in the middle of the bank to the riverbed.

Let's take a look at the hot water being piped from the other side of the road. 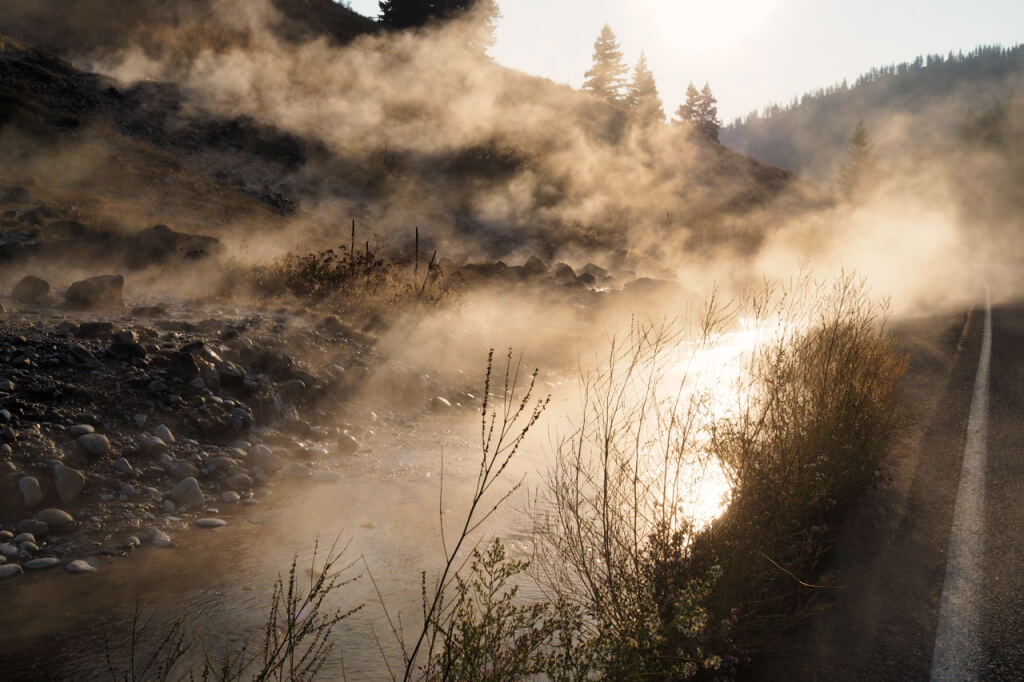 The sunbeams hit the steam, creating a fantastic sight. 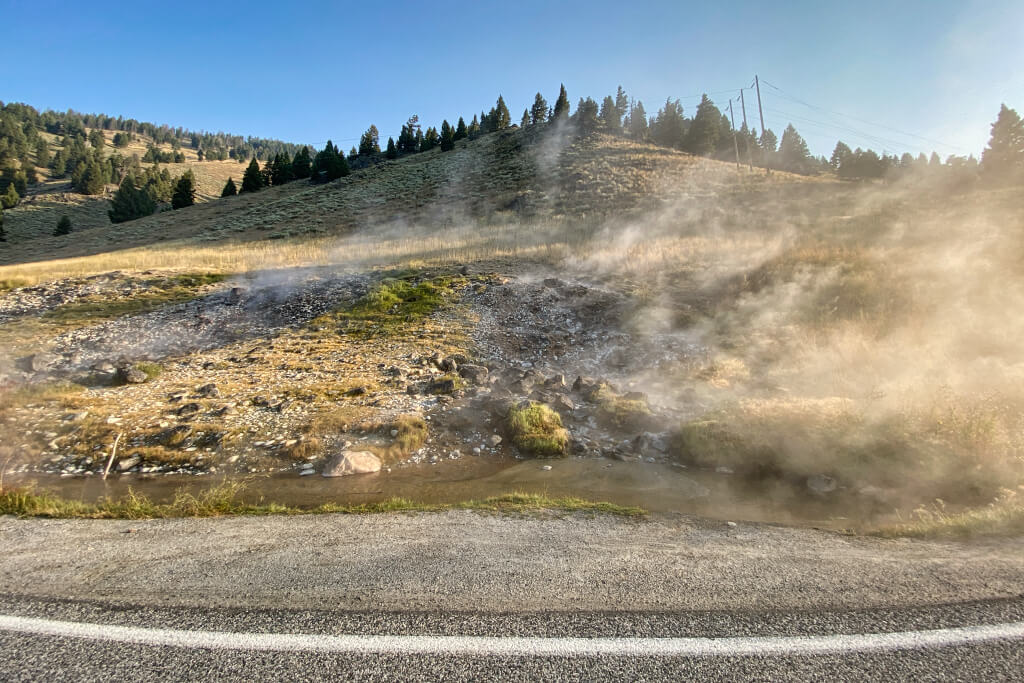 There was a structure in the middle of the slope that looked like a source well, and lots of hot water seemed to be flowing out from the area. 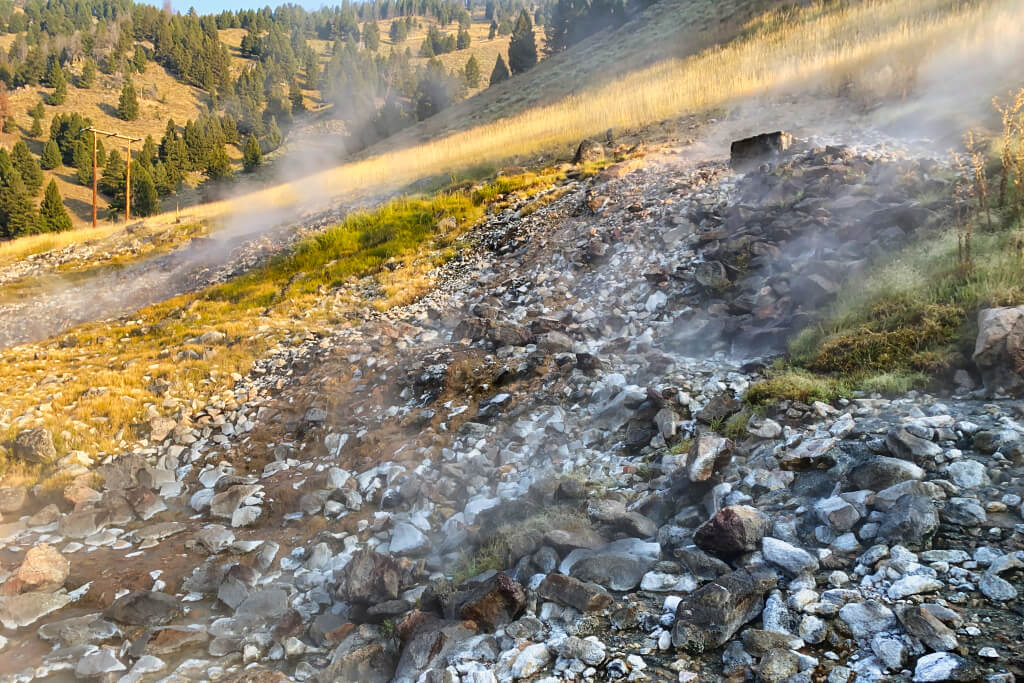 I could see that the source of the spring was located much higher than the river. 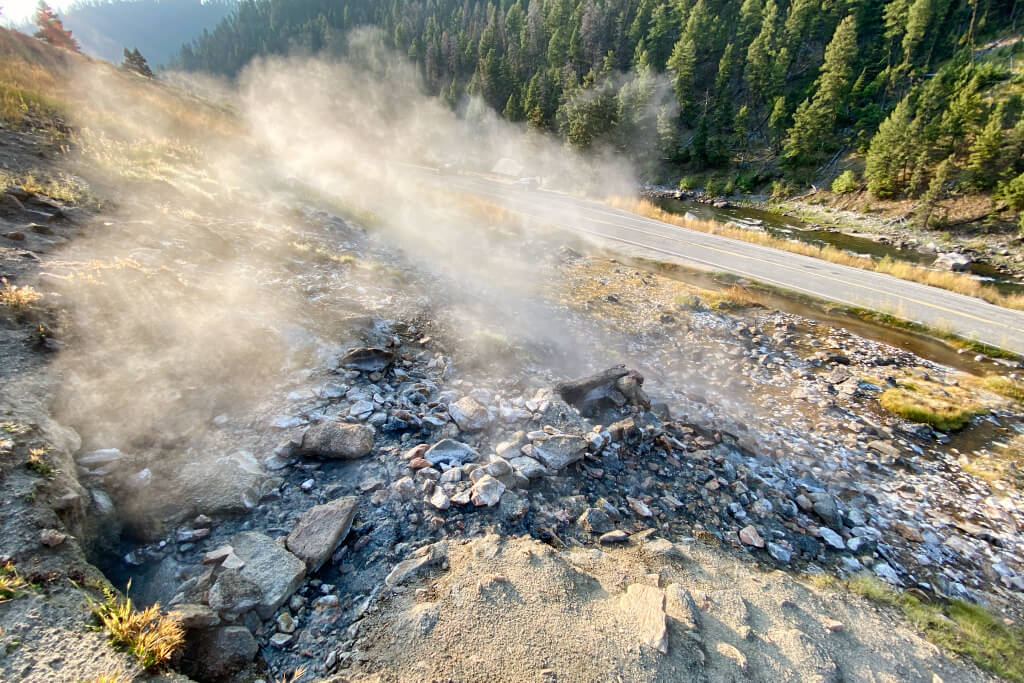 Since the water temp was close to 158 degrees F, it was impossible to soak in it there. 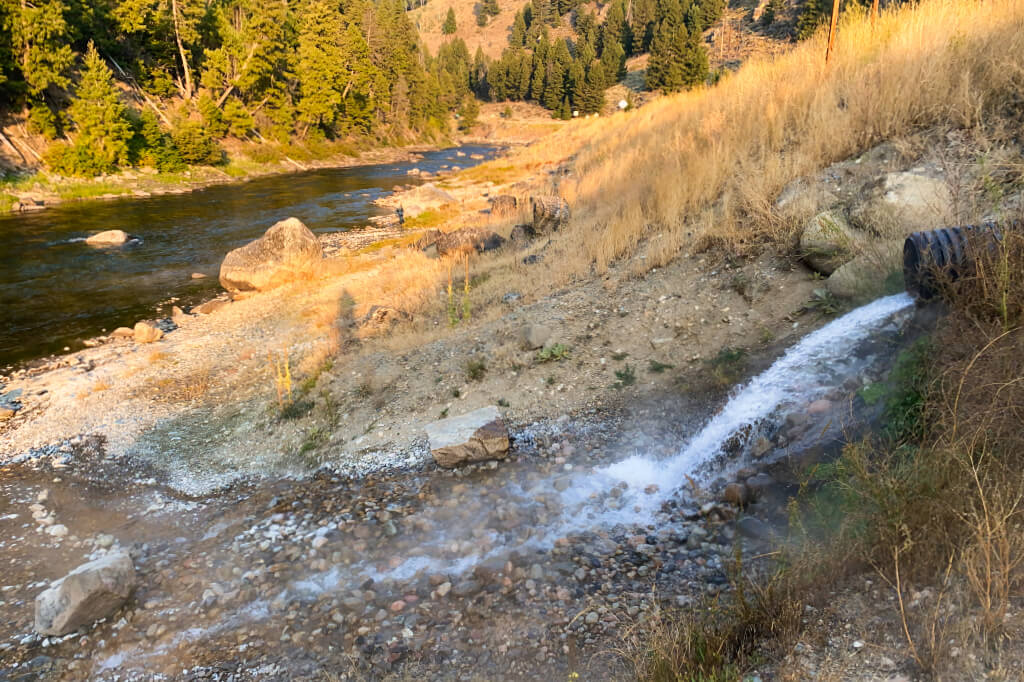 There were several soaking pools made with rock left by volunteers on the riverbank.

Here you can mix it with river water. 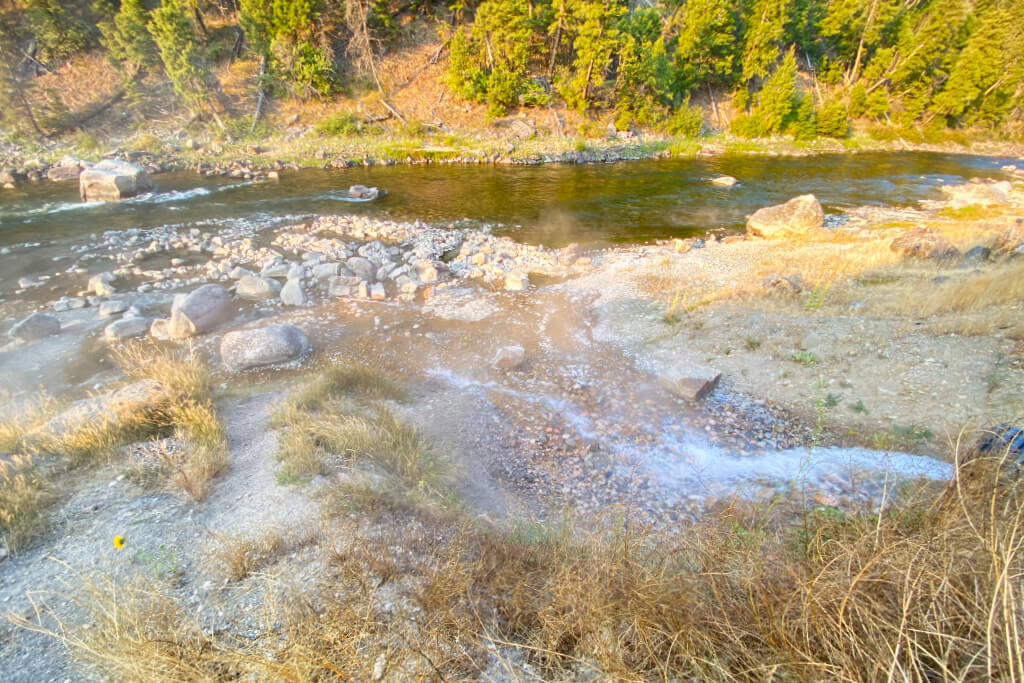 Clothing is optional, but remember that people can easily find you from the road. 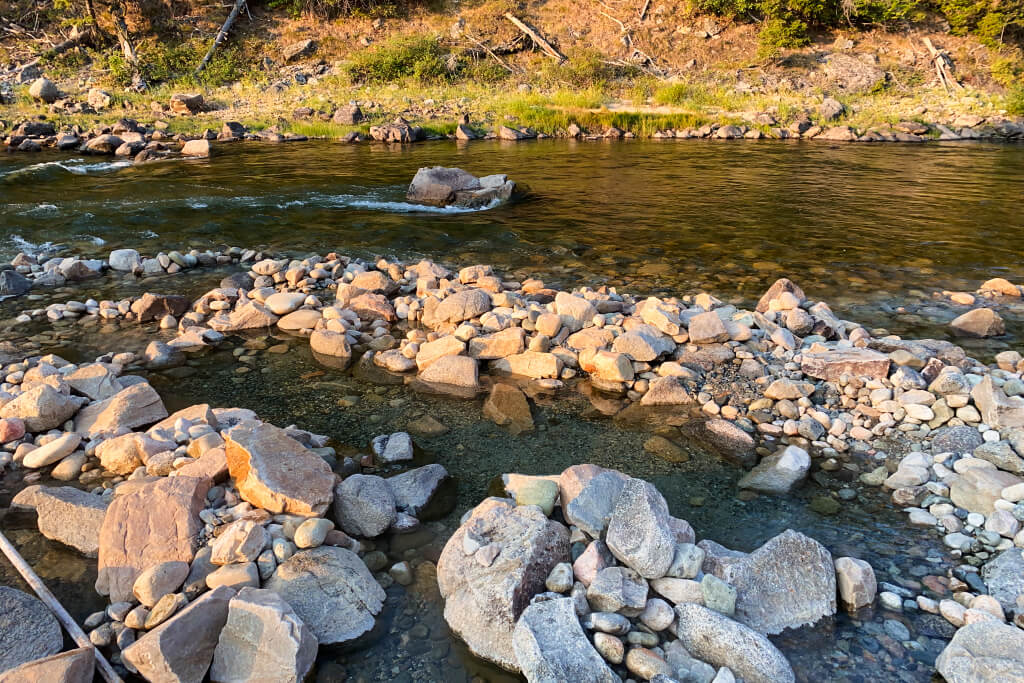 It was a little bit frustrating to feel that the huge amount of hot water was not being used efficiently. 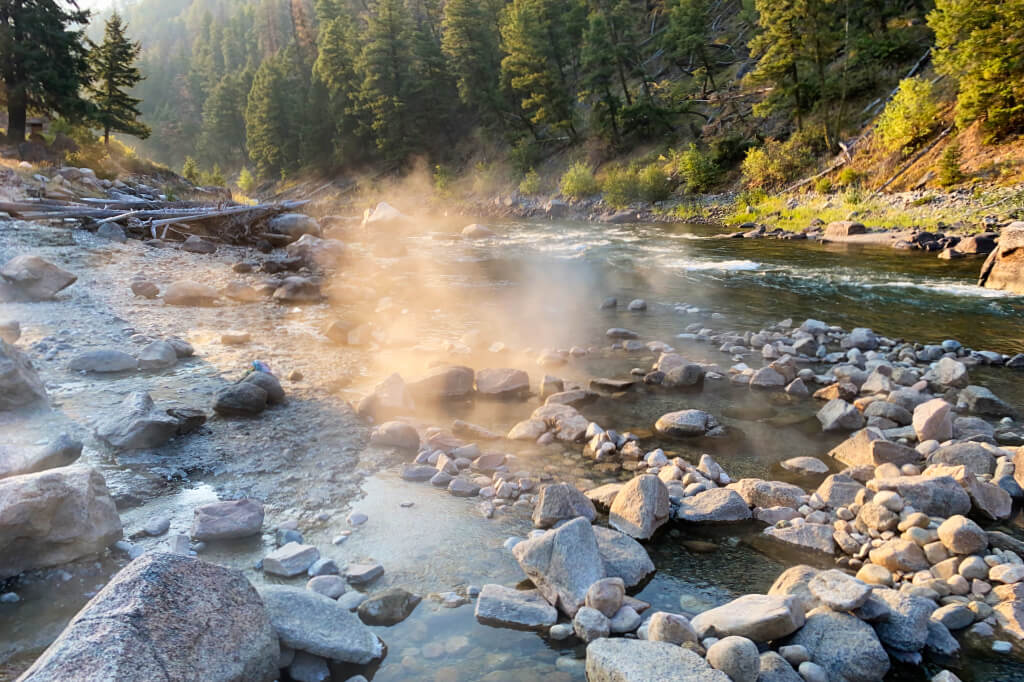 Now let's go to the east side across the bathhouse. 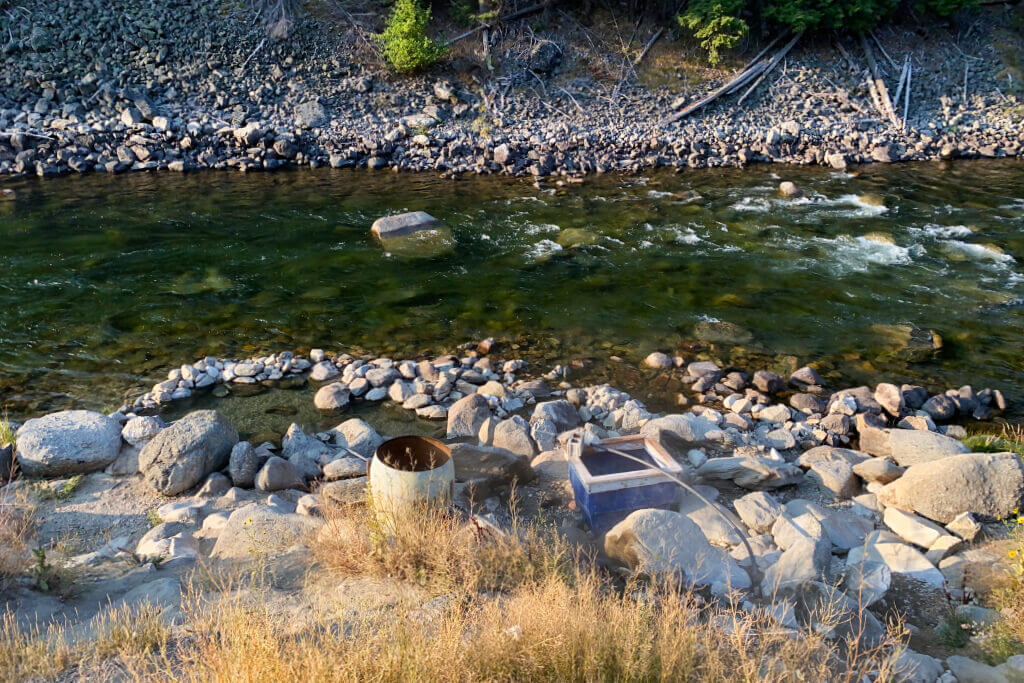 This is the view from the top of the bank. 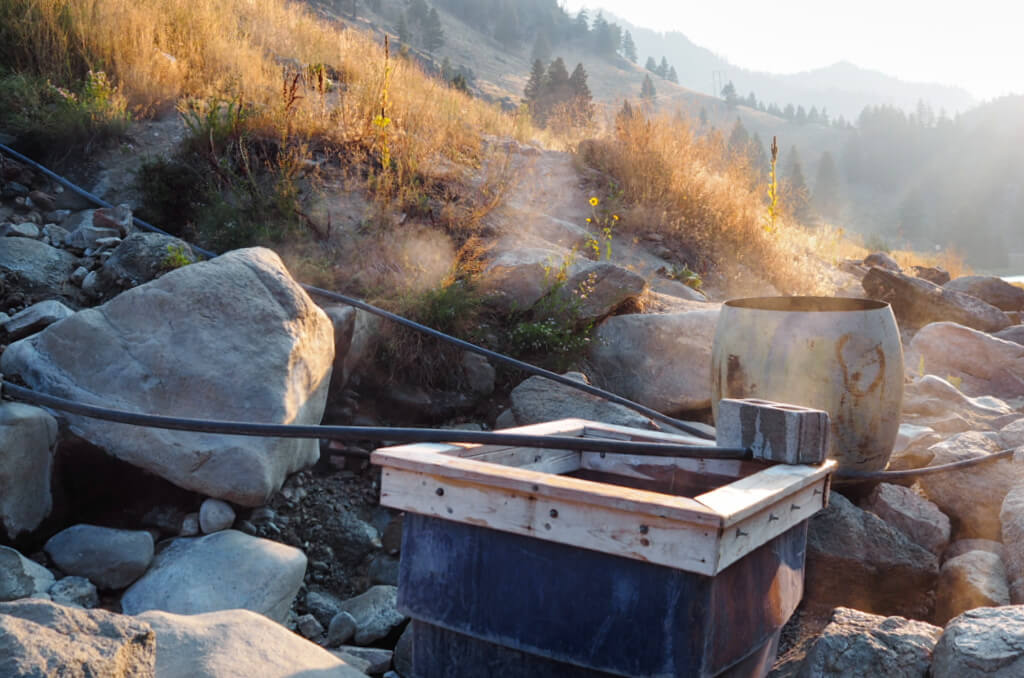 There was a blue tub, a cylindrical tub showing entasis, and a rocky soaking pool made with rocks below them. 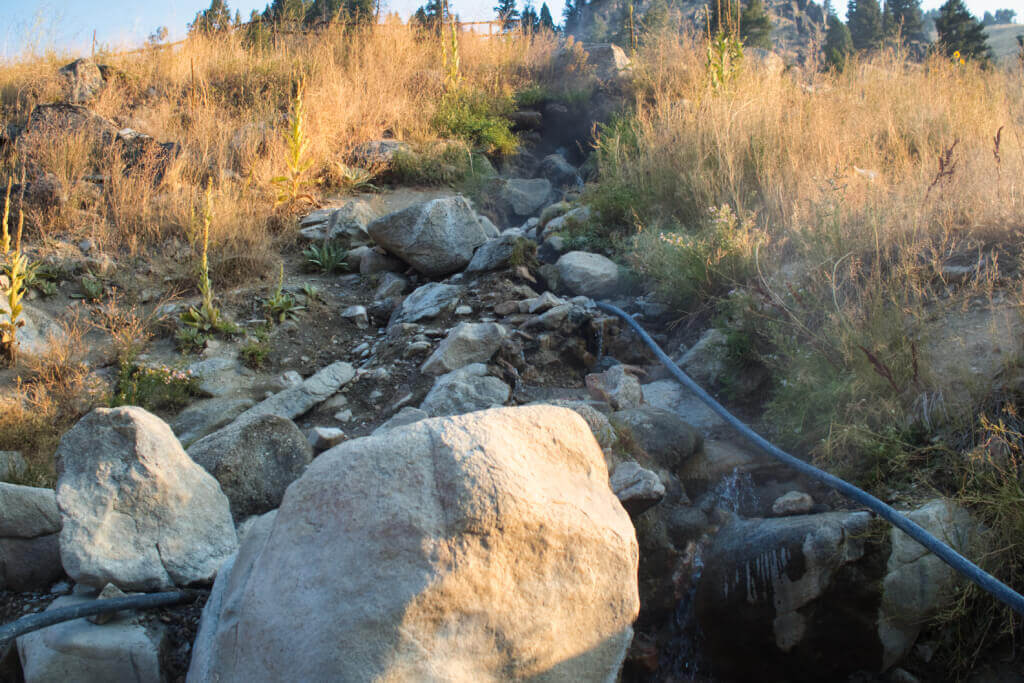 It seemed that the hot water was drawn to this side from the source of the springs that we saw before. 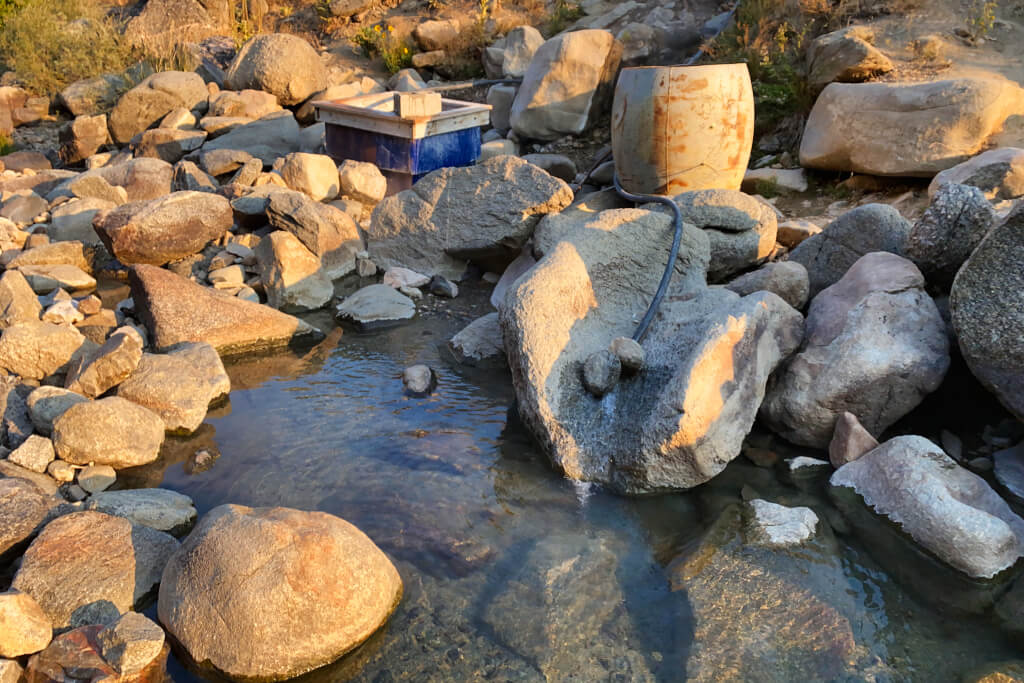 The water temp at the hose was 136 degrees F. 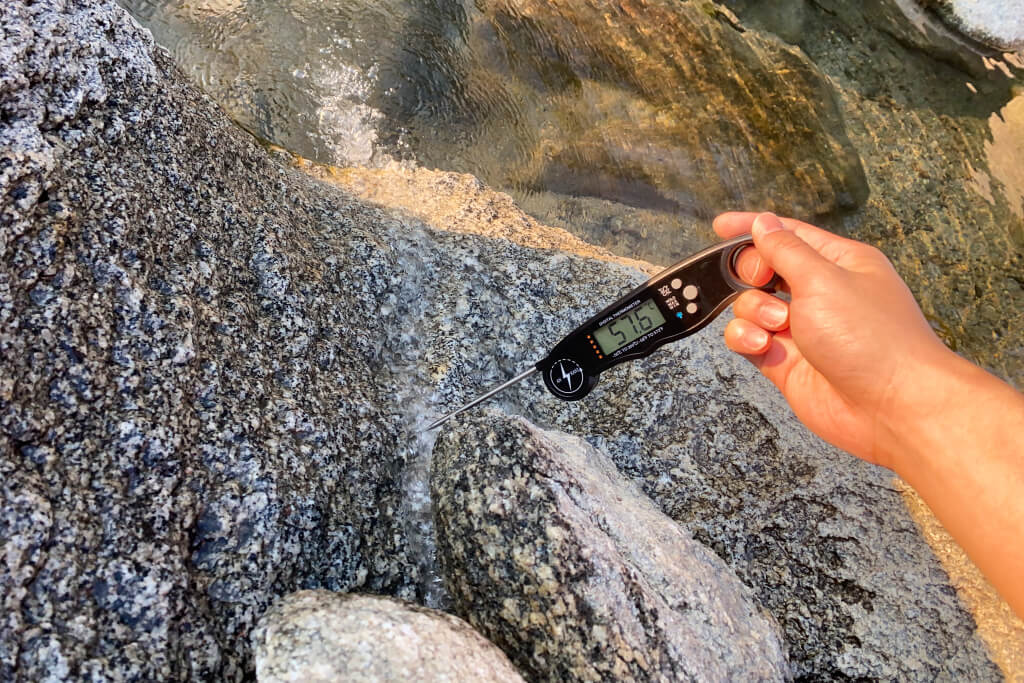 The tabs were similar to the one at the nearby Boat Box, but a size smaller. 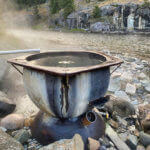 There are not so many choices in the U.S. if you like to dip in a cauldron hot tub. This one is, surprisingly fed by natural hot water. 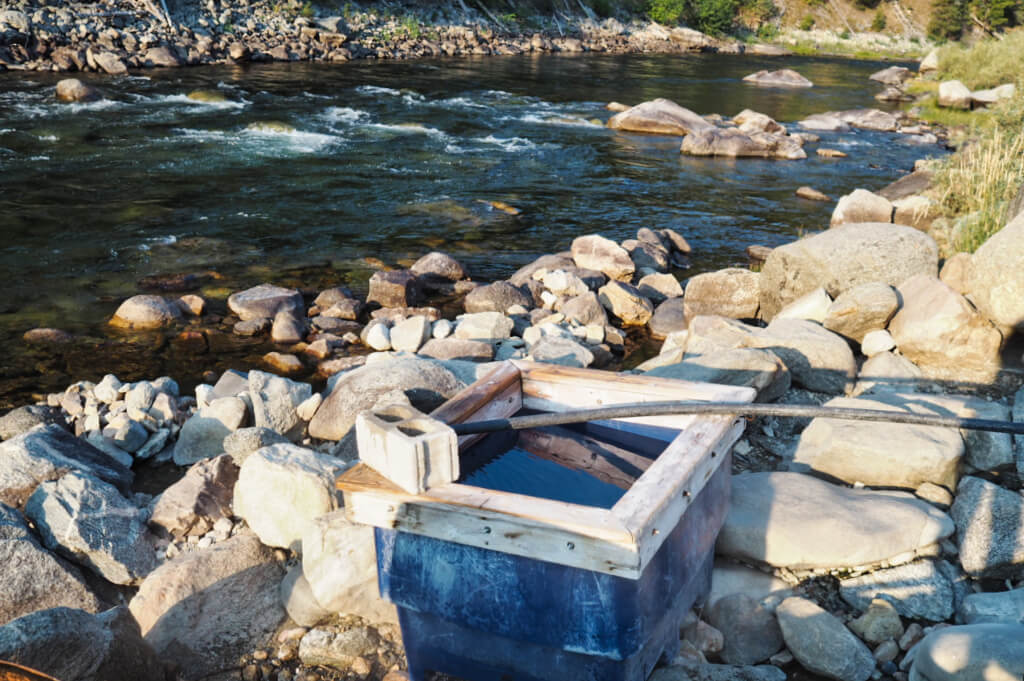 I ended up liked spending most of my time in this spacious soaking pool. 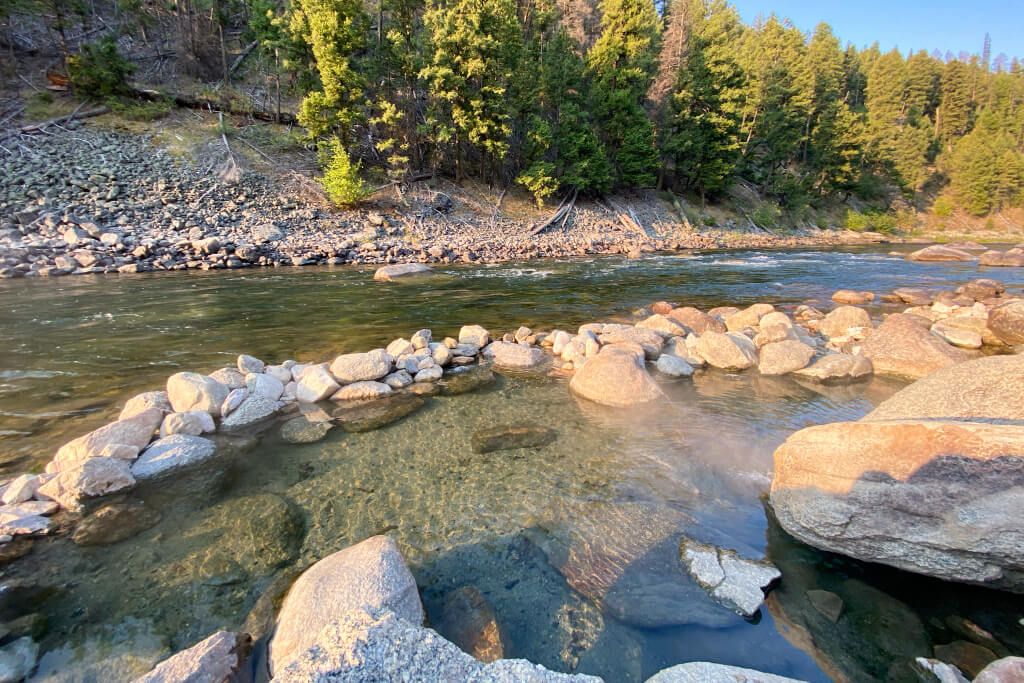 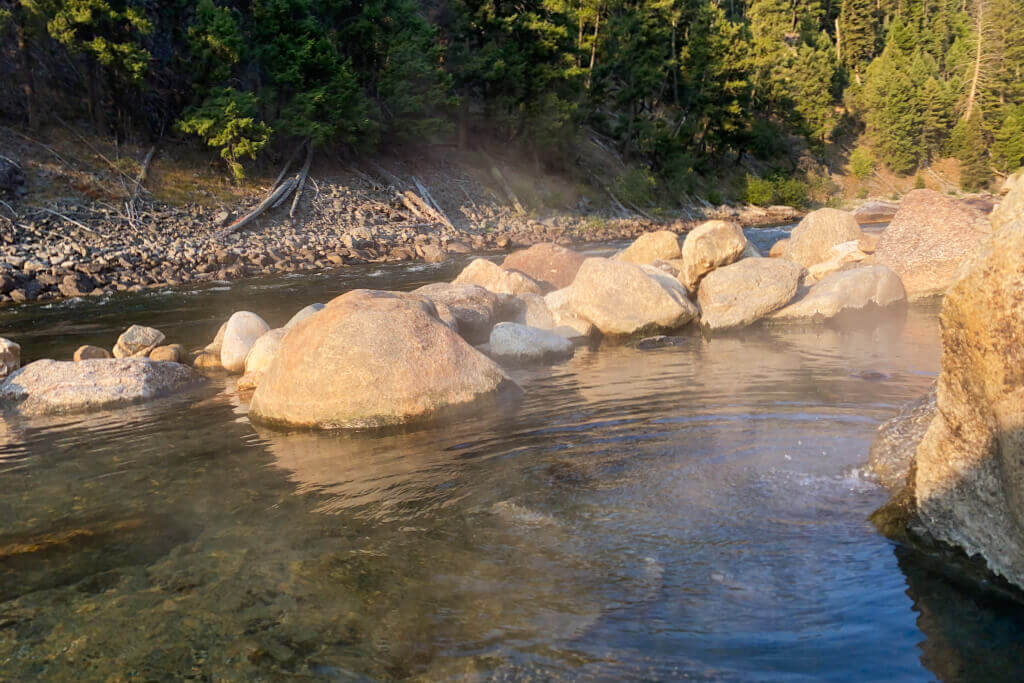 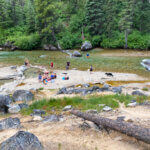 Sacajawea, an American Indian woman, is chosen as the model for the portrait on the one dollar coin. This undeveloped hot spring is attributed to her honorable name.

This is a hot spring to warm up your body after rafting. Of course, you can also visit just for soaking.

A spa spring town in Idaho, a two-hour drive from Salt Lake City, the capital of Utah. I had the signature water of Lava Hot Springs in a guestroom with a hot tub. 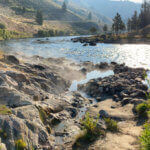 It is about a 10-minute drive from Stanley, Idaho. Cove Creek is  one of the easiest undeveloped hot springs to access, but it is not too close to the highway.