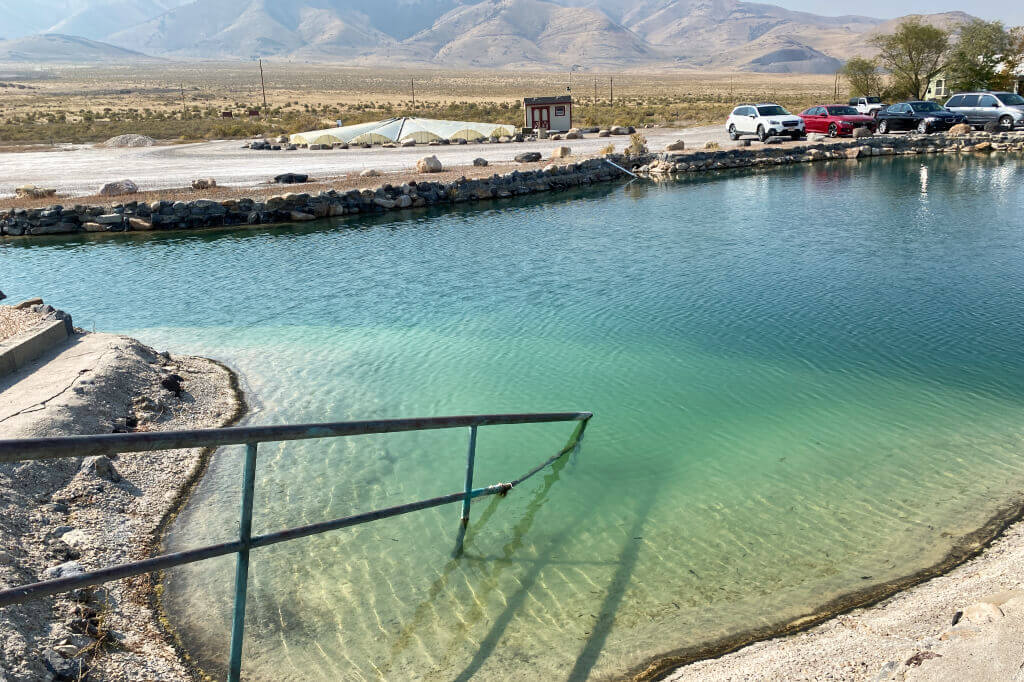 In my pursuit of unique hot springs, I found myself floating in a dive spot.

And it was in Utah, far from the ocean.

On the southern shore of the Great Salt Lake, about a 30-minute drive from Salt Lake City International Airport, there is an interesting spot. 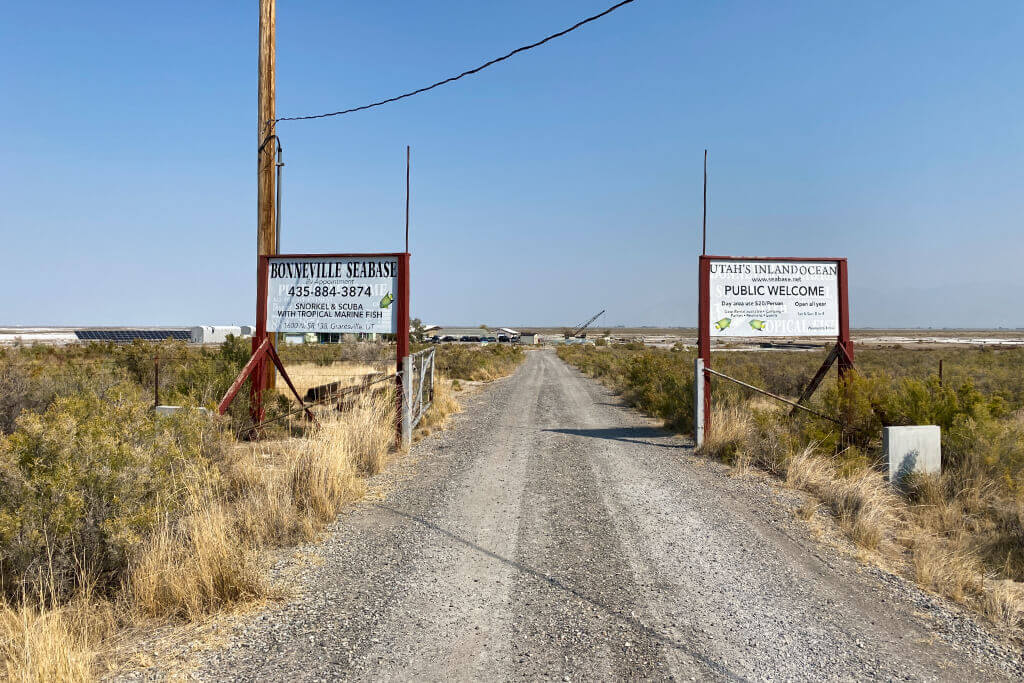 Bonneville Seabase is a one-of-a-kind facility that offers authentic snorkeling and scuba diving in the inland state of Utah.

Its name is derives from Lake Bonneville, a huge lake that existed in this area until about 13,000 years ago. 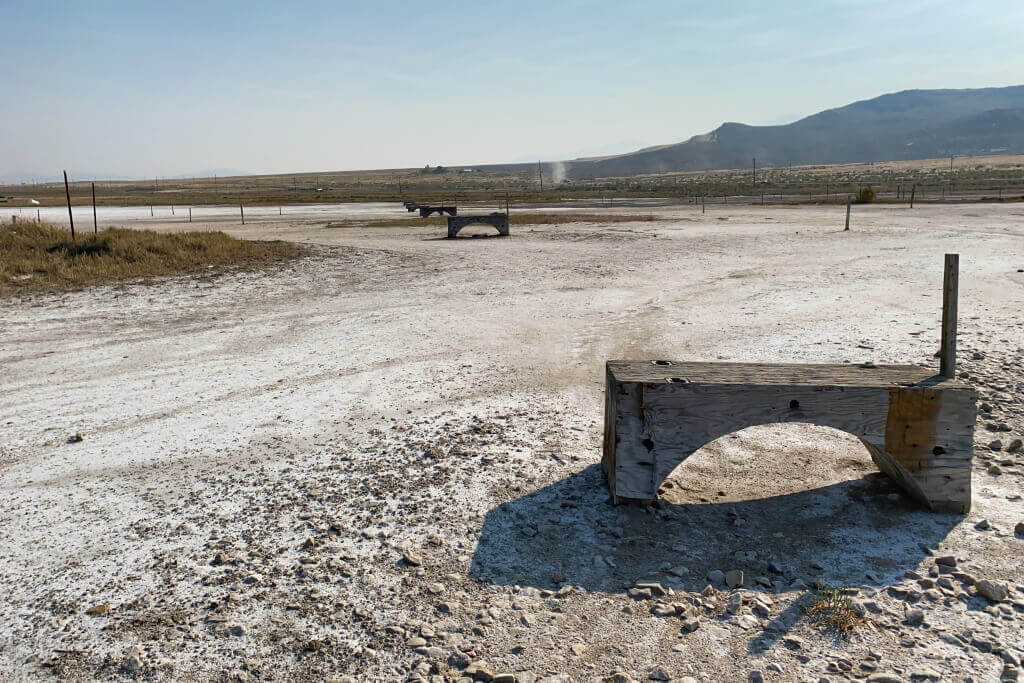 The current owners, Linda Nelson and George Sanders, bought the land in 1988. 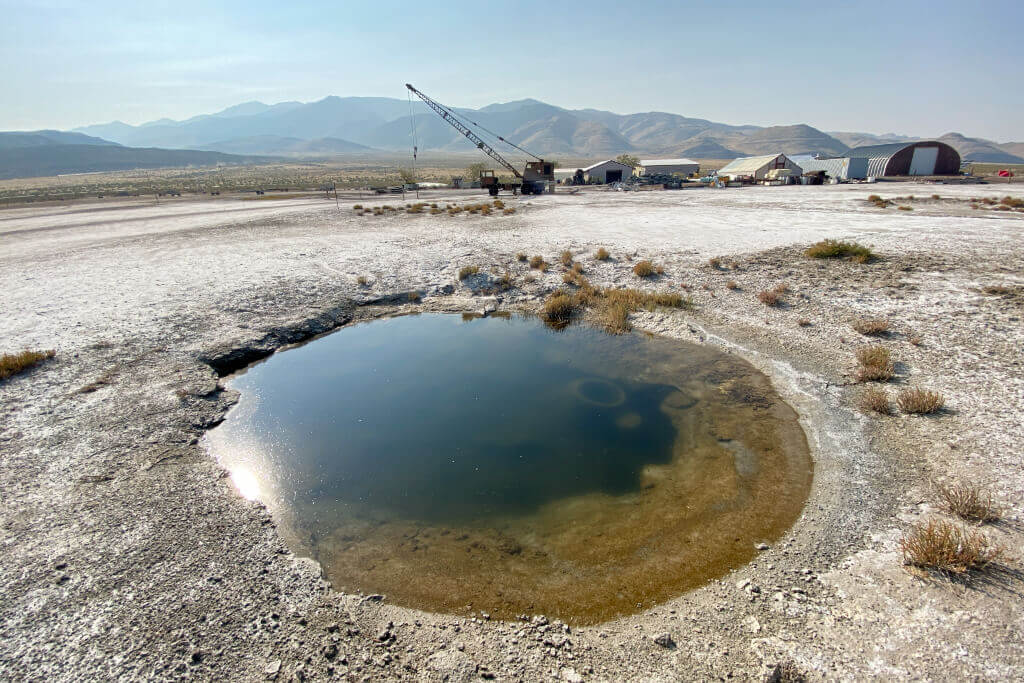 At the time, it was a muddy marshland littered with garbage. 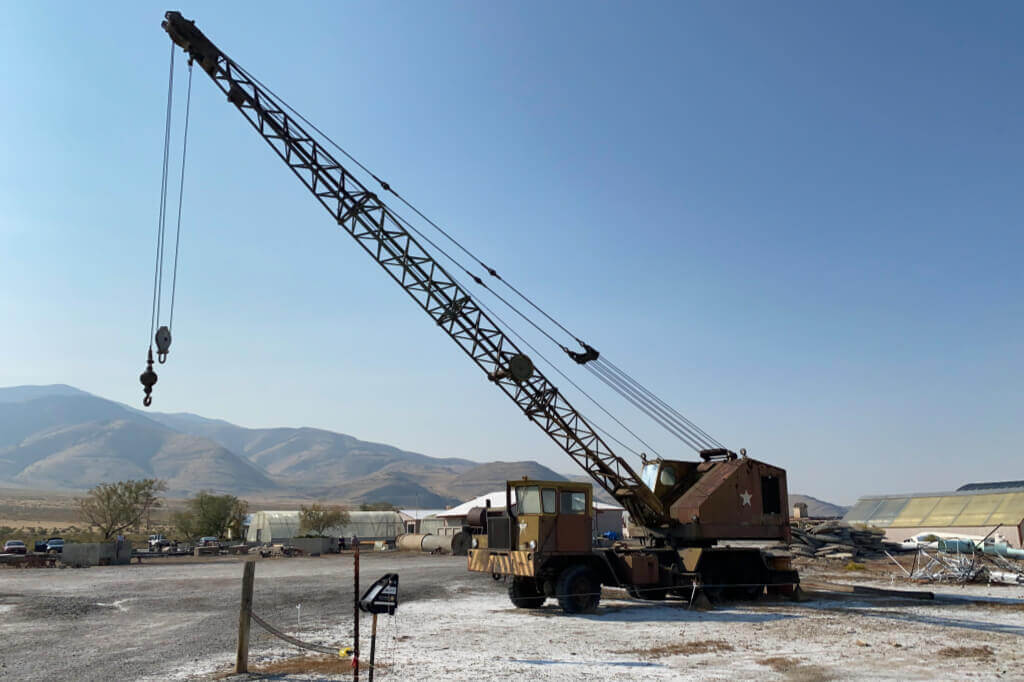 The fragile soil was improved and reinforced with construction fabric.

The pool was also dredged with a huge crane. 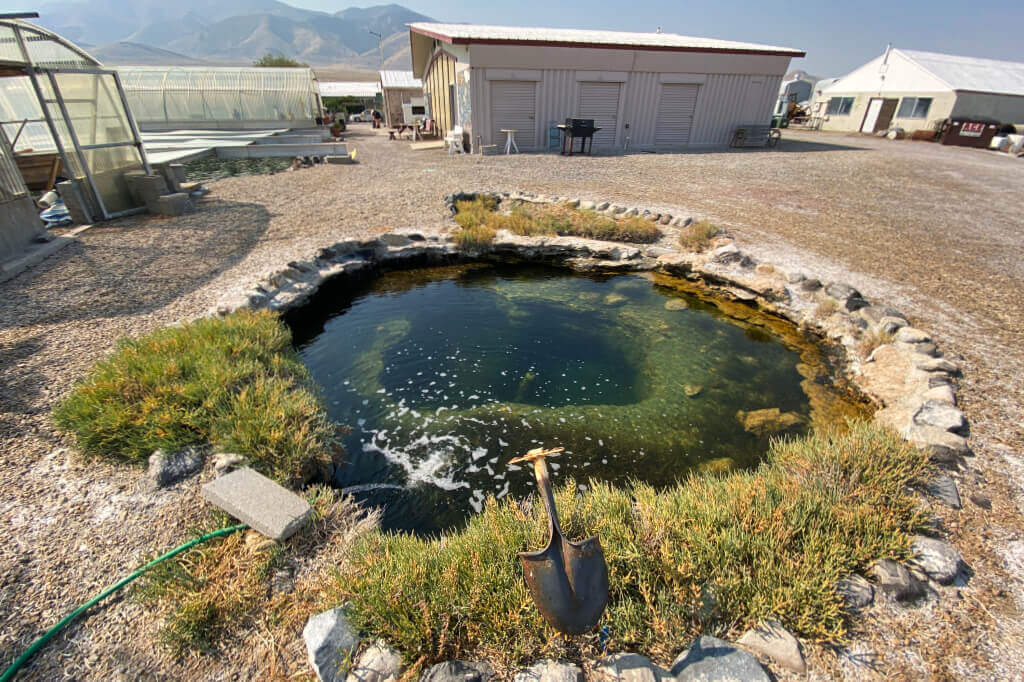 All the hard work was for the wild dream of building a diving spot using natural hot springs.

It's outrageous that they have really made it happen. 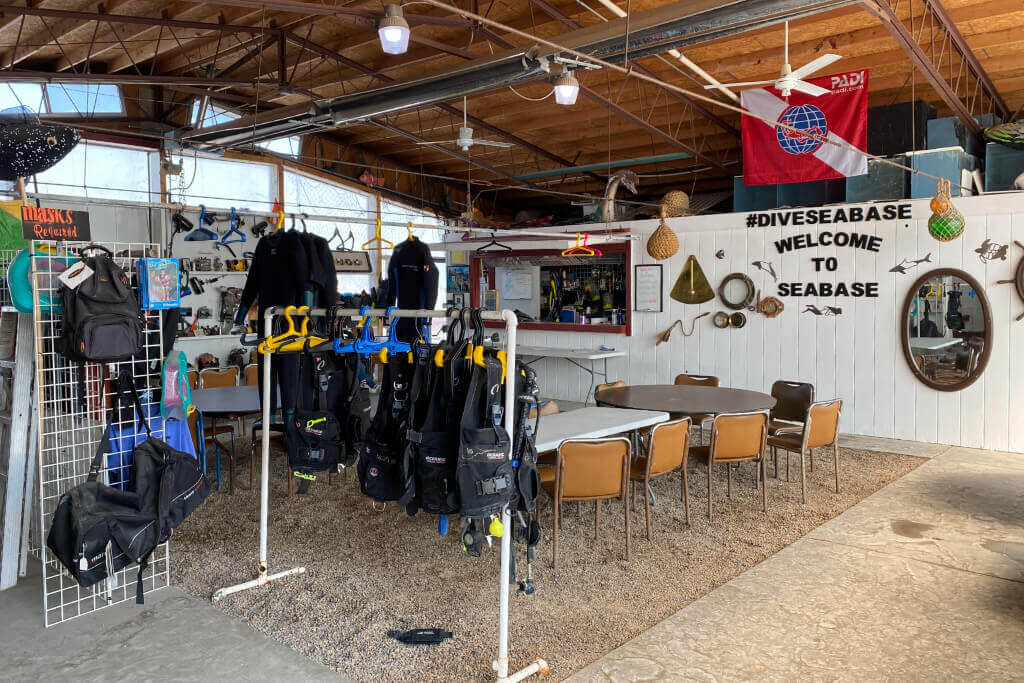 Visits during the pandemic were by appointment only.

A deposit of $10.00 was required at the time of reservation. 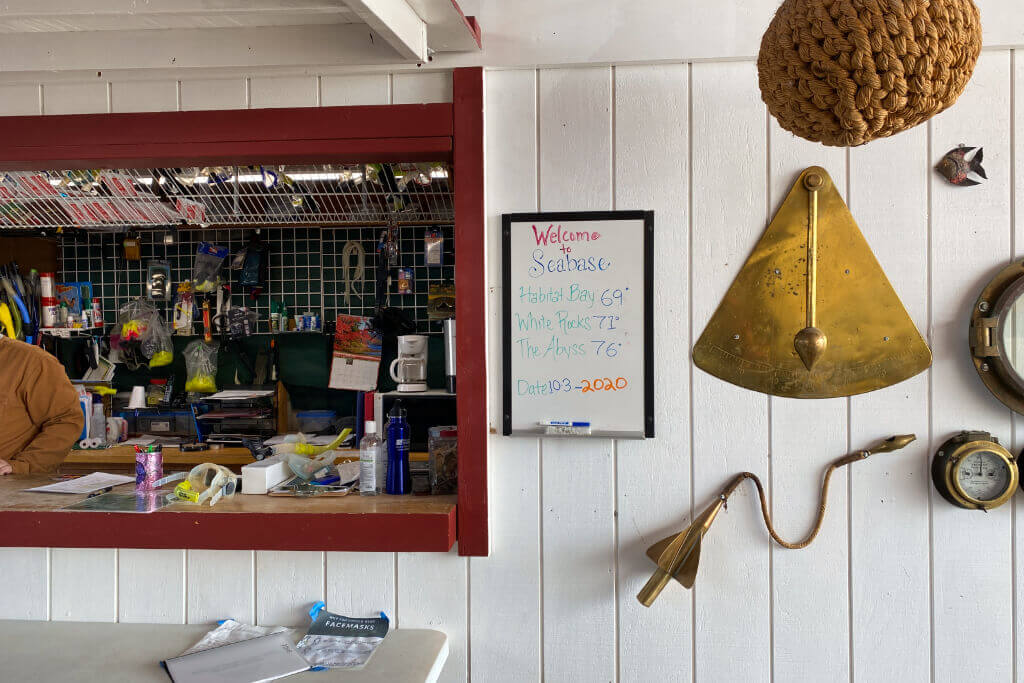 All kinds of snorkeling and diving equipment could be rented separately. 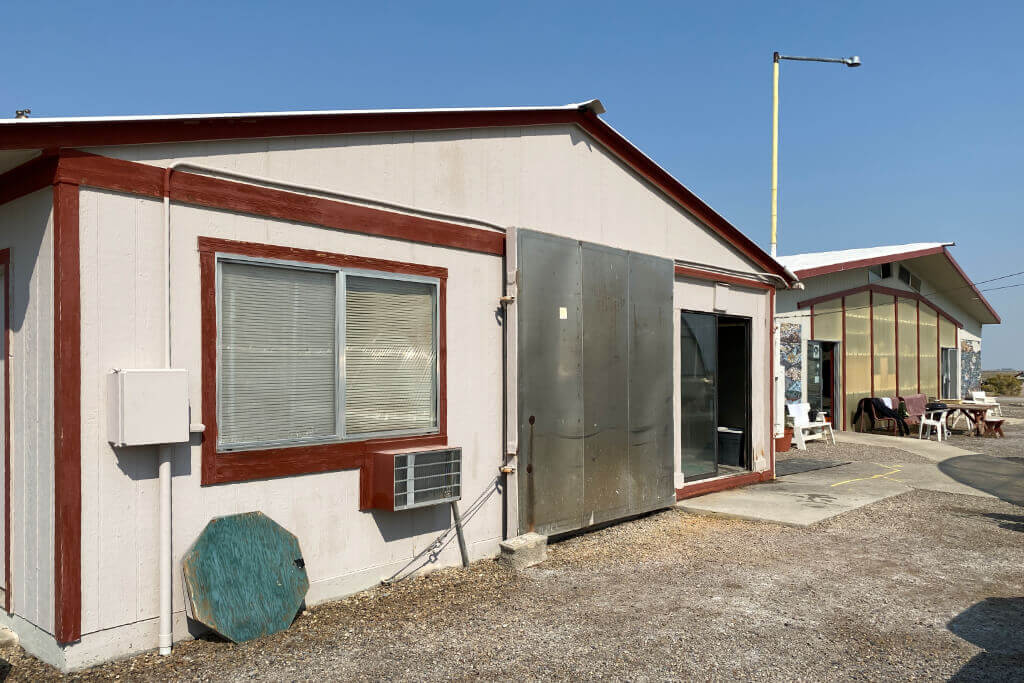 The shower room was also very practical, never looking like a spa facility. 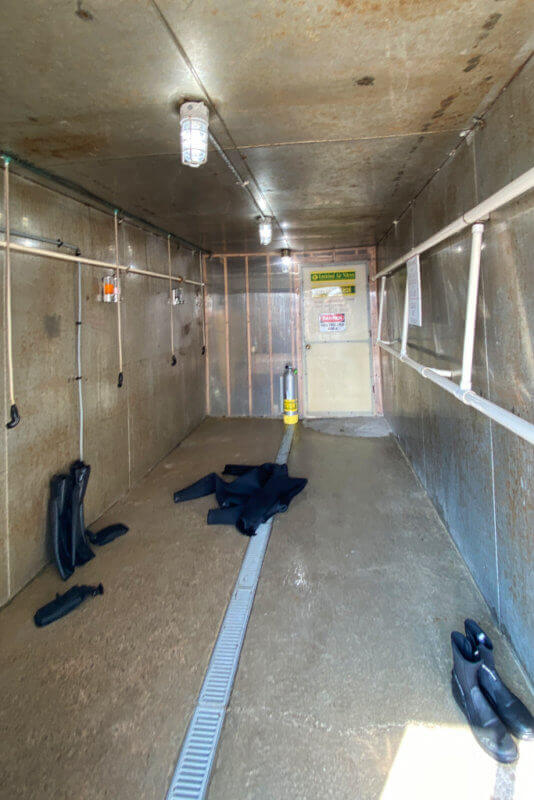 There were three dive sites on the property. 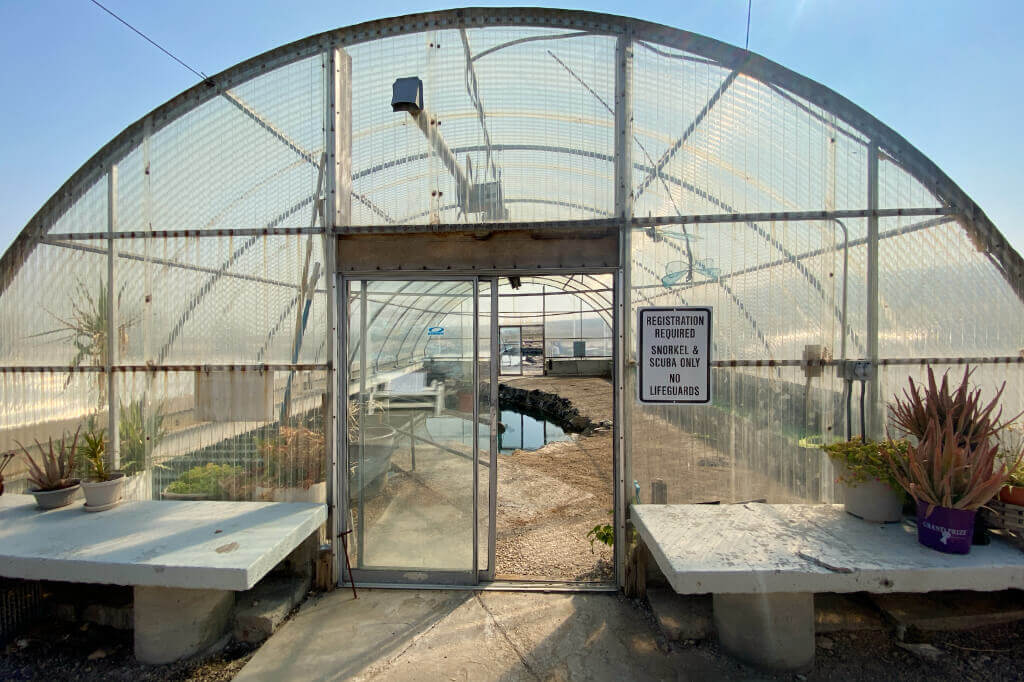 The entrance to White Rocks Bay was inside a plastic greenhouse.

Geothermal crops were also being grown inside. 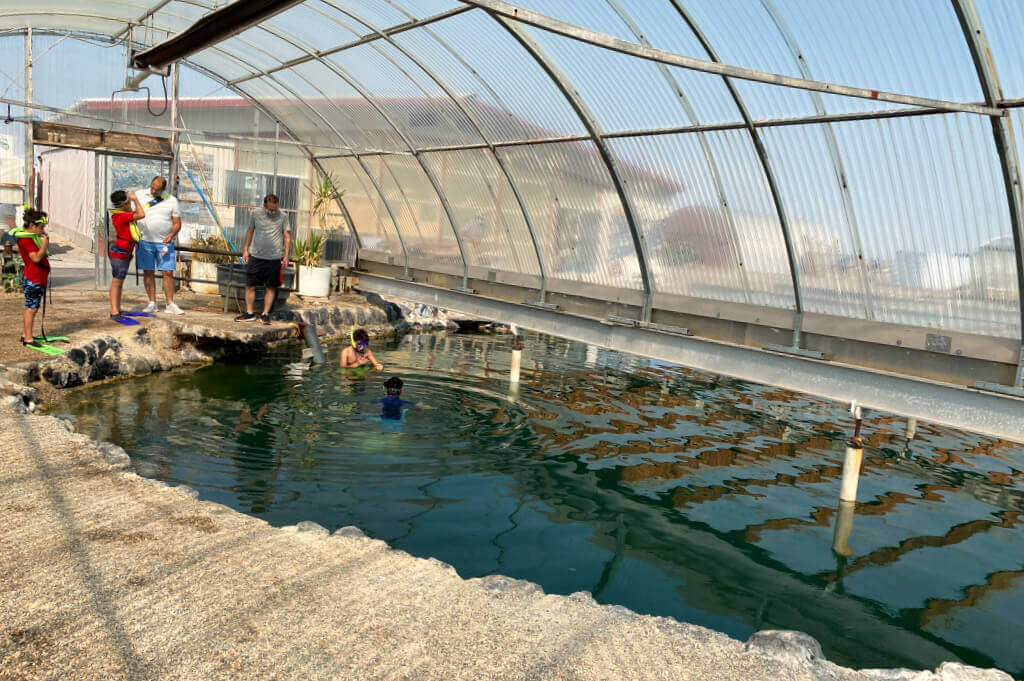 White Rocks Bay is the pool where you can find the most diverse tropical fish. 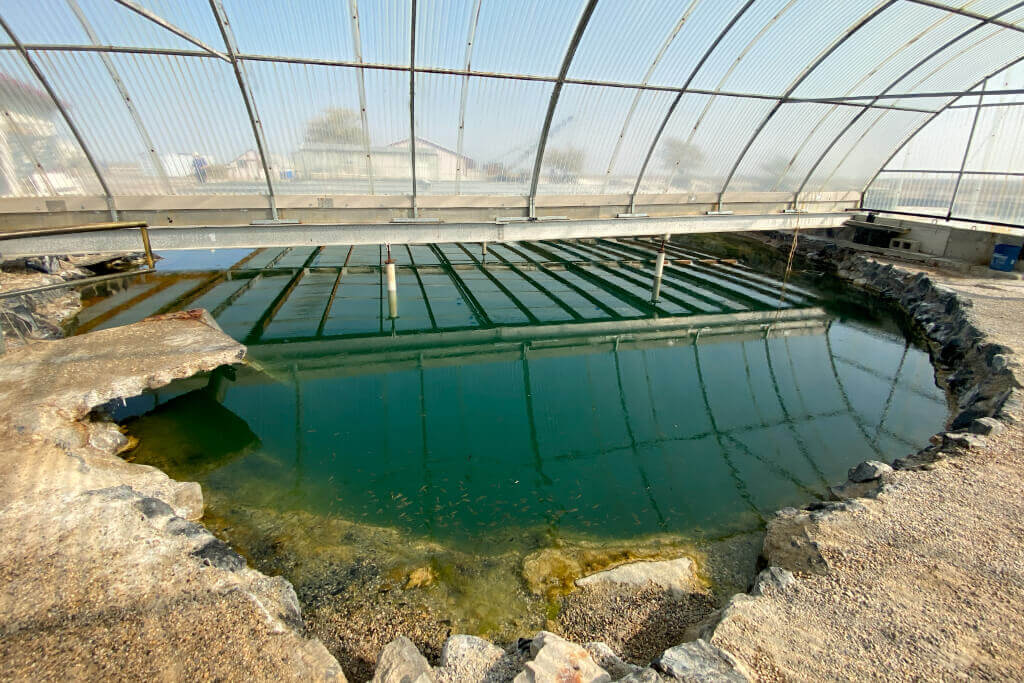 Most of the pool without plastic houses was covered with translucent roofs. 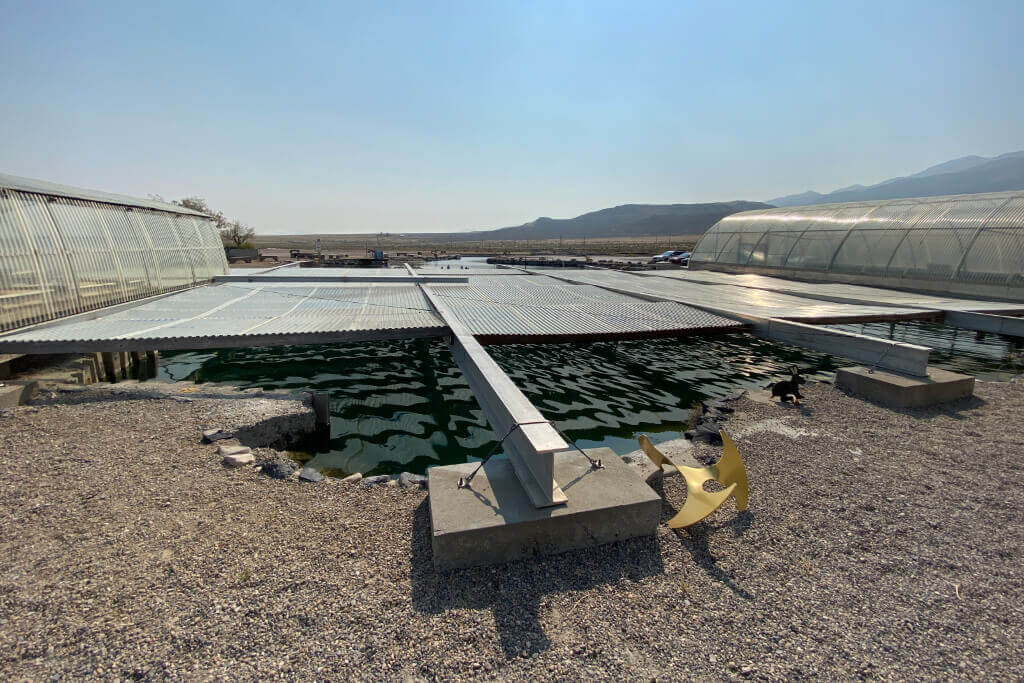 There are several springs the bottom of the pool, and the Water temp rose to 95 degrees F in the summer when it was first opened. 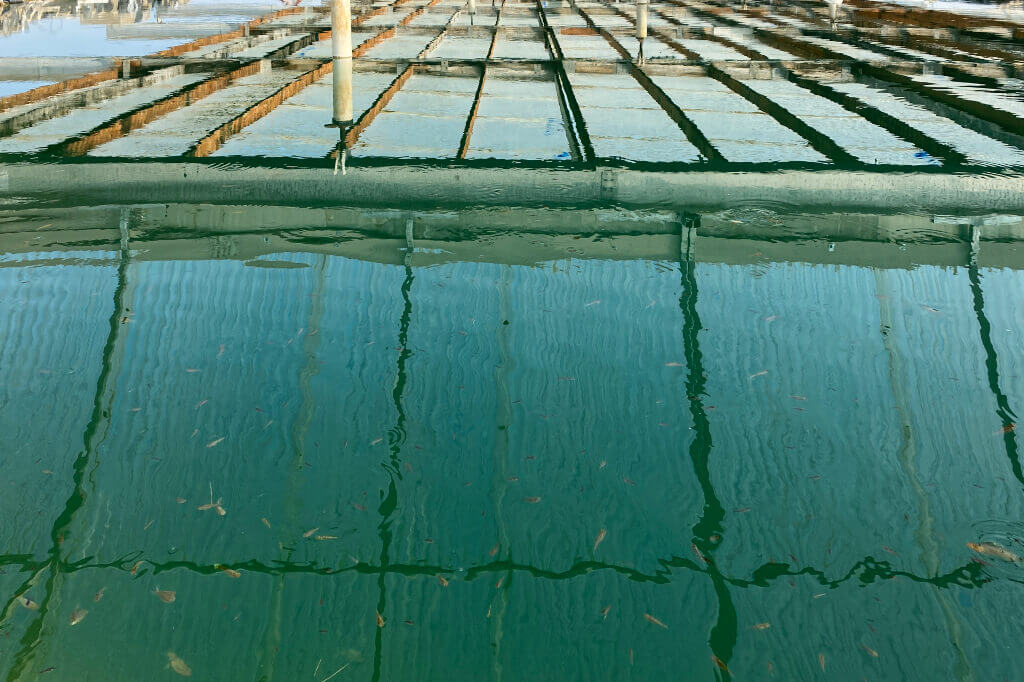 As the amount of water in the Great Salt Lake decreases, the amount of hot water input also tends to decrease, and the water surface temperature was 75 degrees F when I visited. 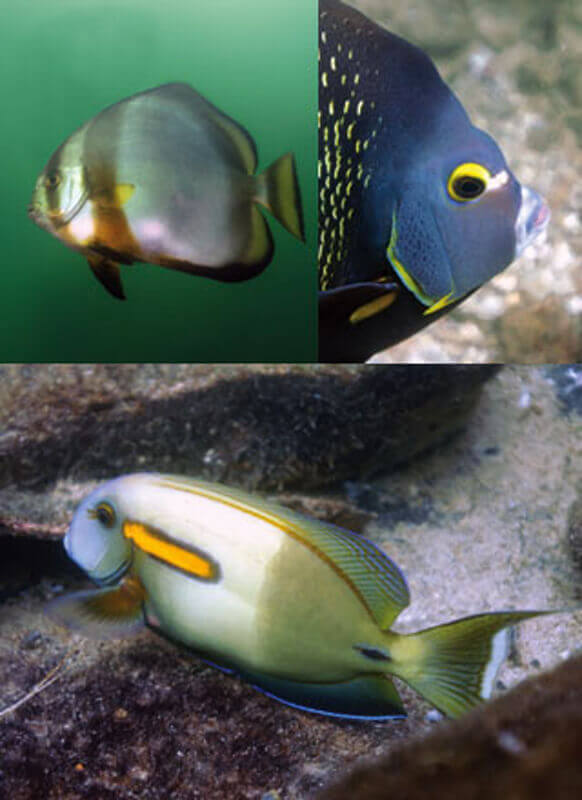 The minerals left behind at the bottom of the ancient Lake Bonneville, which has dried up, are dissolved in a perfect concentration to allow marine life to live.

It didn't feel like a typical hot spring, but it was similar to swimming in the ocean. 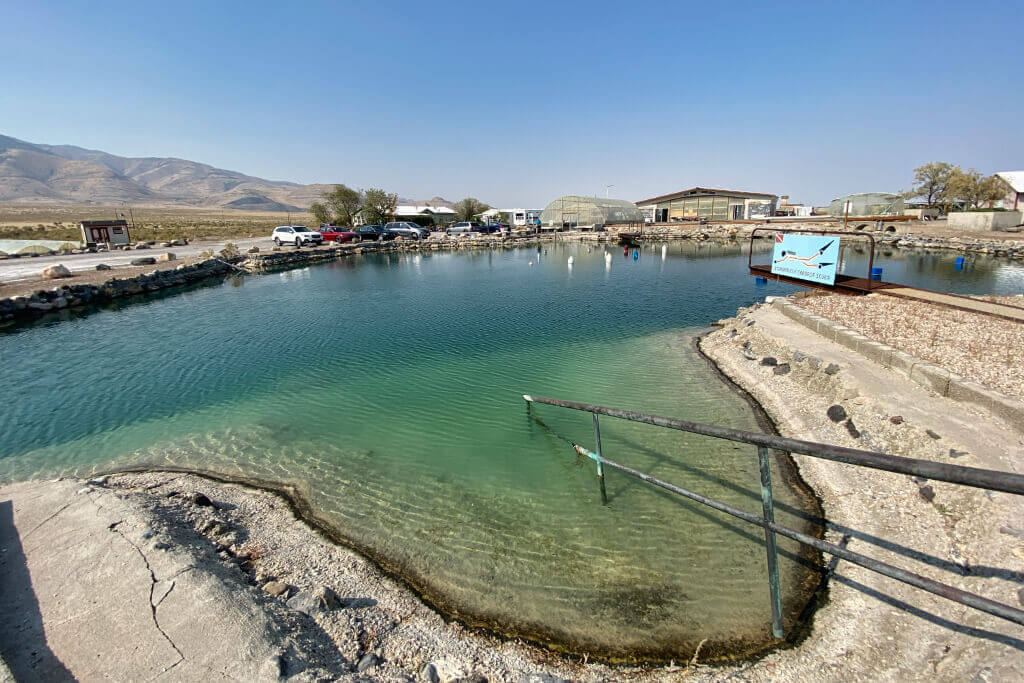 The largest area was occupied by Habitat Bay. 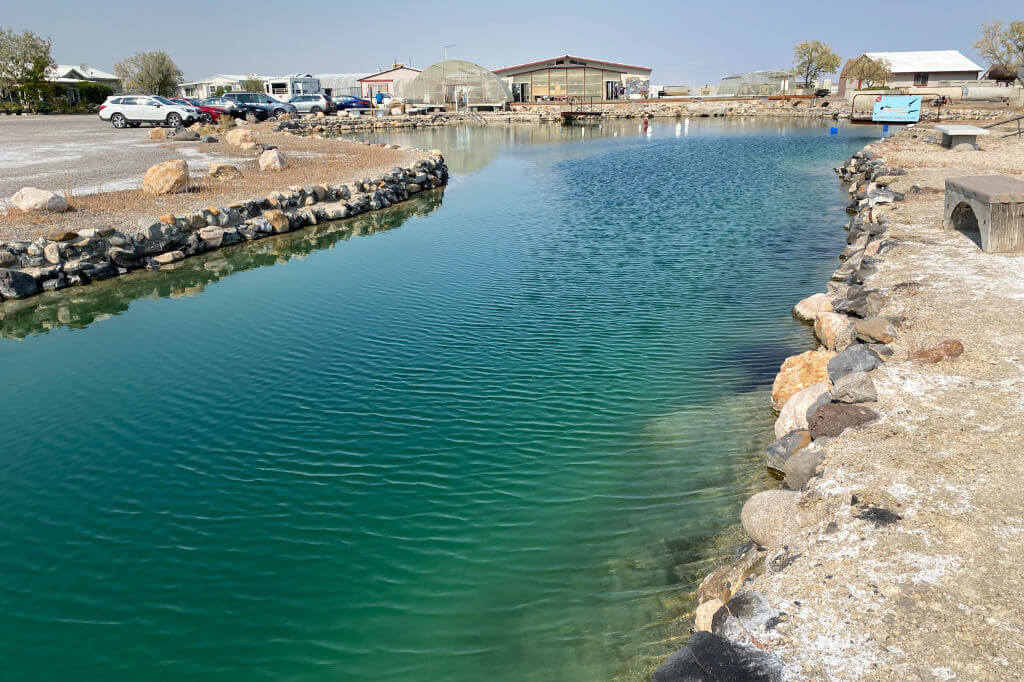 It formed an integrated pool with the long, narrow The Trench that drained from it. 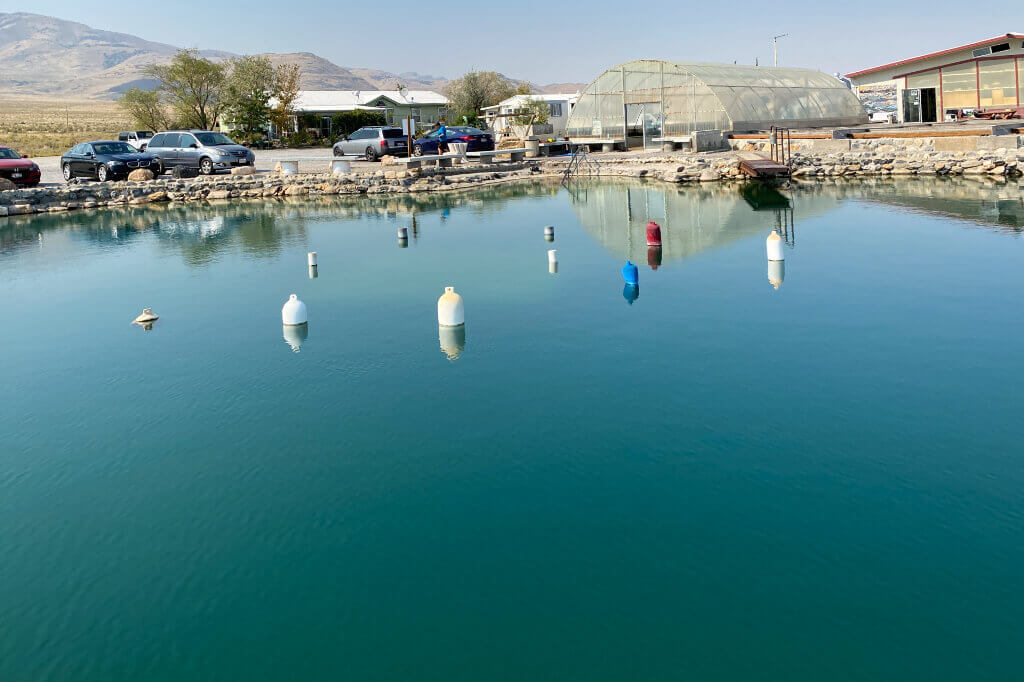 There was also a shallow area, so if you just want to soak, this may be a good place to do so. 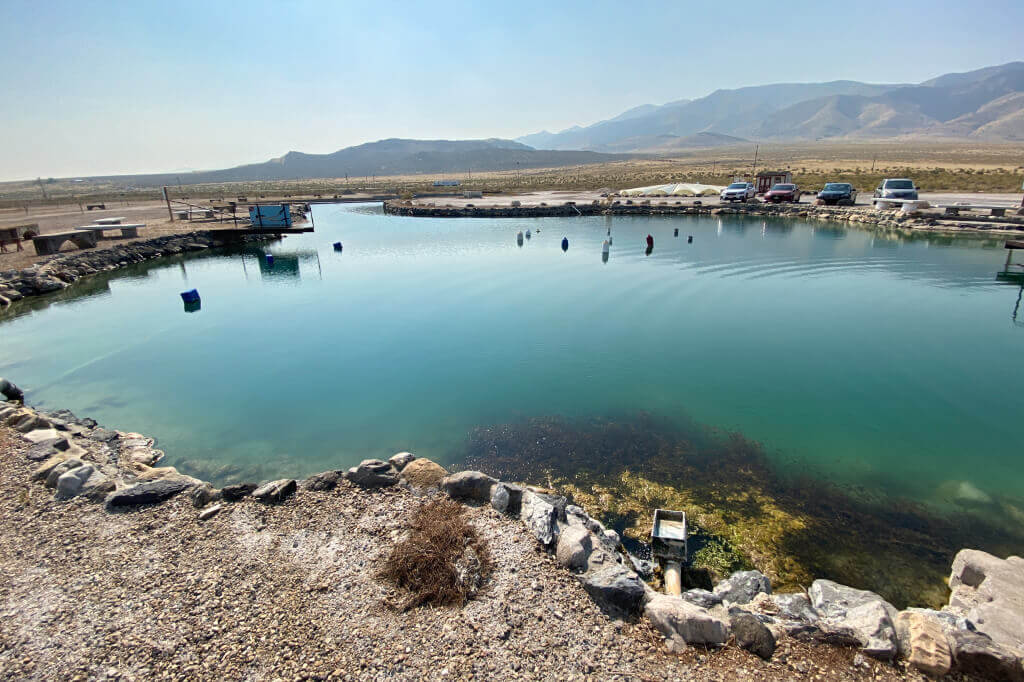 I liked the fact that it retained the most of the natural atmosphere. 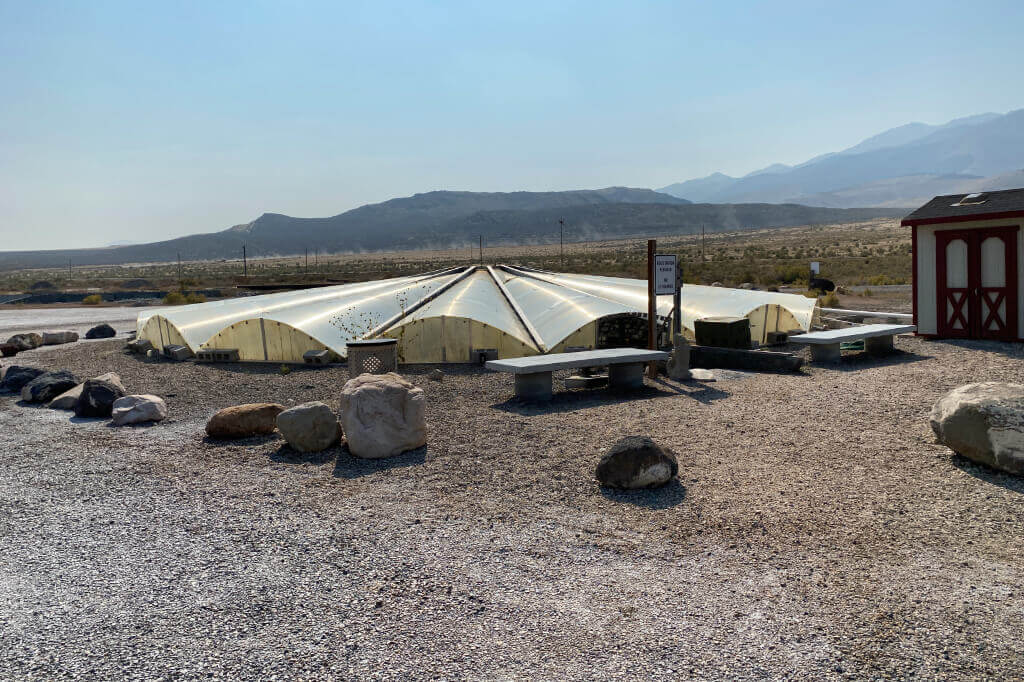 The Abyss has a depth of  62 feet, allowing for full-scale deep-sea training.

Capybara
I've finally come to the wrong place.
You are out of place from the start. 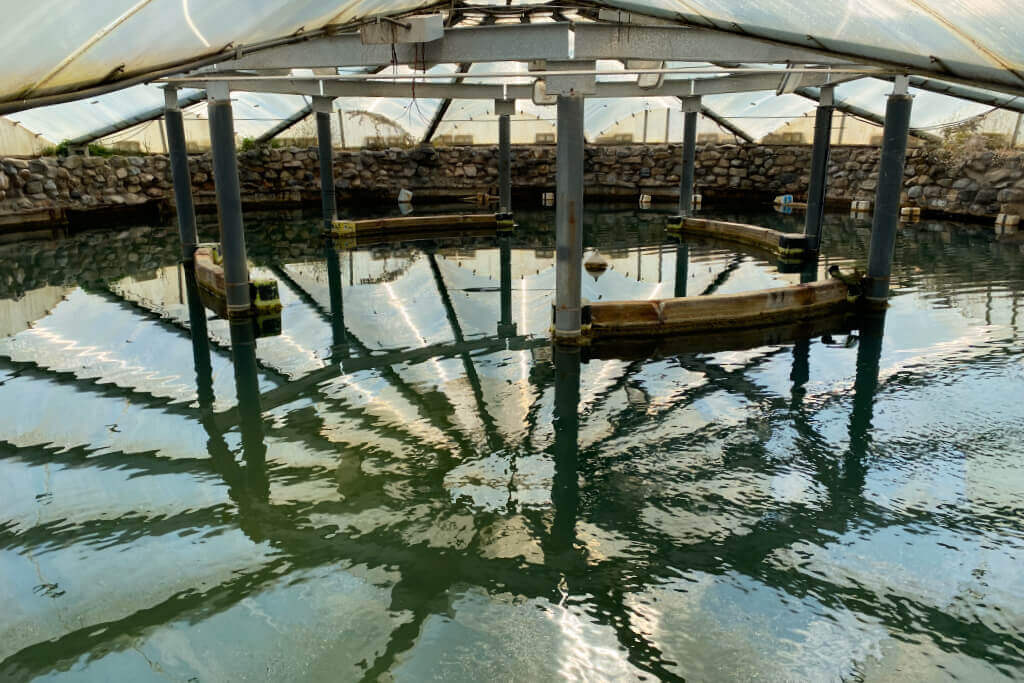 It was not at all the kind of place I expected to spend a relaxing day at a natural hot spring, but I wasn't too disappointed.

Rather, I was impressed by a kind of American dream that was accomplished by taking full advantage of the salty warm water. 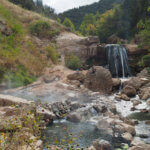 Flowing down the waterfall is cold stream water. The hot water gushes out from both sides of that waterfall basin. 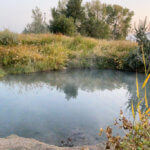 The hot springs had such a pristine atmosphere that it was hard to believe that it was located right next to a residential area. This was made possible by the fact that it is strictly controlled by the city.

At first glance, this hot spring looked dirty and like a garbage dump. Perhaps it was in places like this that our aesthetic sense was tested. 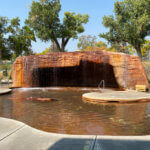 Chinese immigrants were employed to build the transcontinental railroad. The hot spring that they loved is still a place of relaxation for locals.